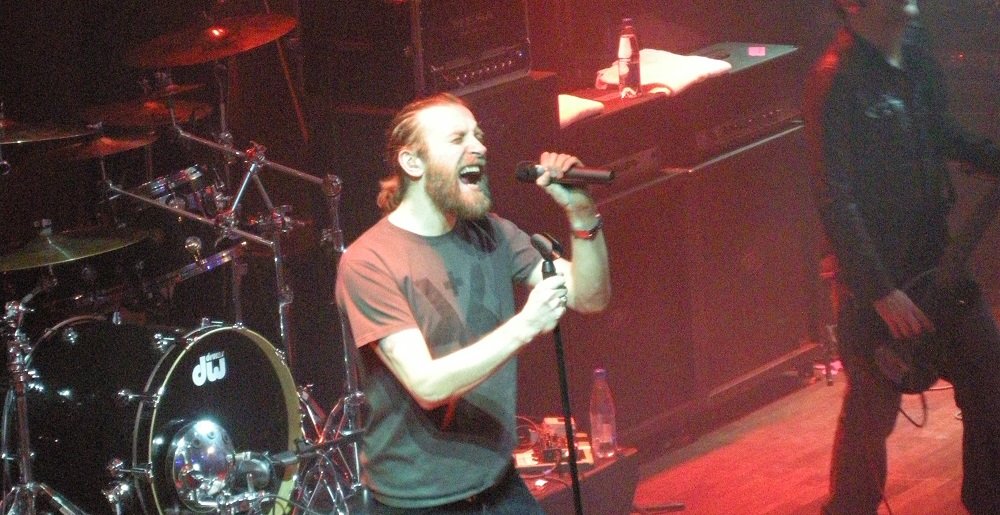 Nick Holmes of Bloodbath and Paradise Lost is our guest this week! We discuss the concept behind the bloody music video for lead single “Zombie Inferno,” the album artwork bringing him back to being in the record store in 1988, the zombie films that infected him when he was 9 years old, and the element of the mystery being lost in modern horror films.

We also chat about getting Barney from Napalm Death and Luc Lemay from Gorguts to guest on the new album, how the Florida sound influenced Survival of the Sickest, the visa issues that caused Bloodbath to miss shows in North America, the pandemic hindering the last Paradise Lost album Obsidian, what it was like to perform to a digital audience during that time with Paradise Lost, and his thoughts on doing a livestream with Bloodbath.

Petar and Brandon discuss Avatar thinking its their duty to save heavy metal, and Ozzy tripping on acid and talking to a horse for an hour.

Metal Sucks Greatest Hits
1350 -
Oceano Prove That Deathcore Has Depths
3220 -
What is UR Favorite Classic Nu-Metal Band??
0 -
Watch This 10-Year-Old Girl Shred Through Slayer’s “War Ensemble”
0 -
Review: Megadeth’s Super Collider is a Super Catastrophe
0 -
Debunking the Myth that Guitar Hero Made Dragonforce
0 -
Twelve Reasons Babymetal are the Single Best Thing to Happen to Metal in the Past Decade