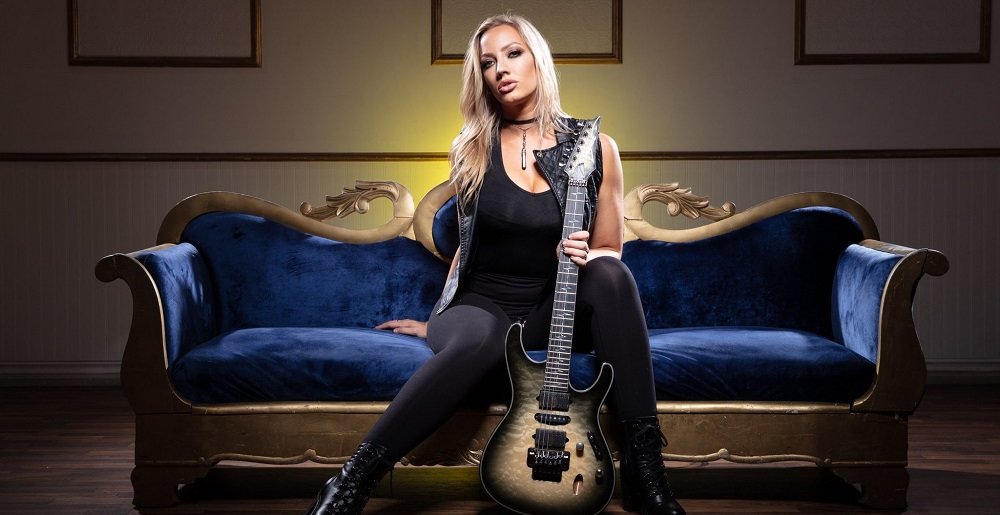 Nita Strauss Shreds Up a “Summer Storm” of a New Single

The track comes off the heels of her first single, “Dead Inside,” which featured guest vocals from David Draiman, of Disturbed. That song made Nita the first ever female solo artist to have a number one hit on Active Rock Radio.

“Instrumental music is where my heart is, and “Summer Storm” might be the song I feel captures my personal style the most: cathartic, driving and emotional.

“While a lot of the upcoming record will have guest vocalists, I’m also so proud of the instrumental tracks and excited to officially unleash this one on the world!”

Earlier this summer, Strauss left her post on Alice Cooper’s band to join Demi Lovato’s touring band. Though a shock at the time, the guitarist said she doesn’t really feel like she left Cooper’s band at all, saying she took a step back from the upcoming tour.

“When I had my last few shows with Alice, we had what Alice called a ‘Hiatus Dinner’ where he said ‘We wish you the best, we love you, you’re welcome back’. There’s no shutting of a door and changing of the guard, it’s just I’m taking a step back a little bit. Depending on what the schedule looks like next year, I may have the chance to come back, I may not. But it definitely doesn’t feel as final to me and to the people in Alice’s band and the inner circle as it has been portrayed out in the world.”

Regardless of whether she’s playing for Alice Cooper, Demi Lovato, or for herself, the music stands up for itself. Check out the music video for “Summer Storm” below.

Metal Sucks Greatest Hits
0 -
Taking Risks
1230 -
Loutallica’s LuLu: The MetalSucks Reviews
0 -
Dave Mustaine Mourns the Loss of Twinkies, Endorses Secession
0 -
BREAKING: Some Local Band Called Shrapnel are Tired of You Leaving the Show Before Their Set
0 -
If You Like Bass Dogs, You’ll LOVE Drum Fish
0 -
Website Photoshops Dogs in Place of Bass Guitars Because Why Not?