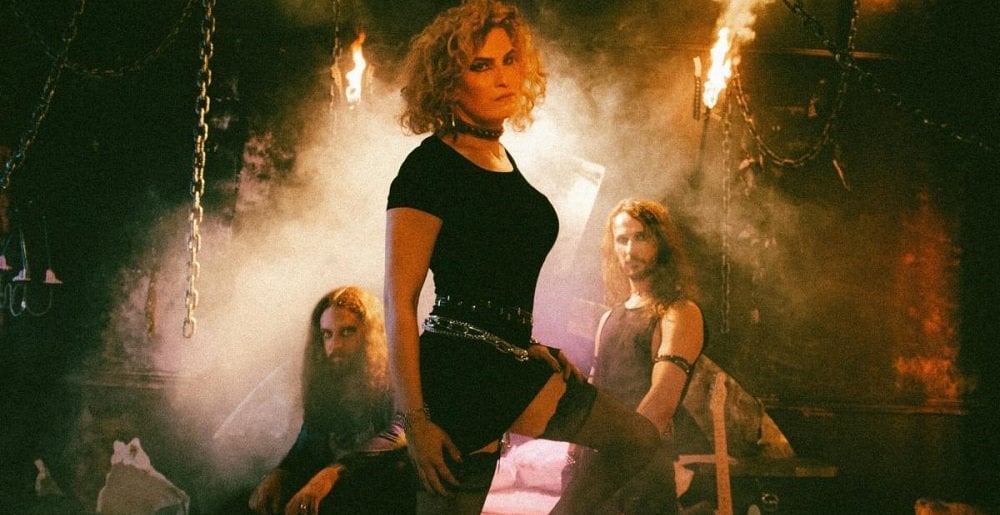 Philly’s own Sonja have released the second single and opening track off their forthcoming studio album Loud Arriver and it continues to show promise for what the rest of the album has in store.

In contrast to their first single “Nylon Nights,” this new track has a more spoopy atmosphere, evoking what the band says were “the rituals of the witches, the strength of their spells and their powers.” Before moving into a more powerful section, complete with galloping rhythms and guitar work that keeps building along with frontwoman Melissa Moore‘s haunting vocals until the song comes to a close. It’s definitely worth a listen if you’re ready for the chill of autumn.

Moore was previously a member of Texas black metal band Absu, until she was unceremoniously kicked out for coming out as trans. She says all but one of her former bandmates turned their back on her and was told that she’d “fired herself” with “her decision.”

Despite the apparent bigoted ending point for her previous band, Moore started Sonja when she recruited Absu’s touring drummer — and only band member to support her transition — Grzesiek Czapla in 2014. They recruited Ben Brand to cover bass duties for the band.

Loud Arriver is Moore’s first full-length album release in 10 years and her first as a lead vocalist. She said the band’s debut is to show that they belong in the conversation as much as anyone else.

“We aren’t interlopers. We’ve been here all along. Now that we have passed step one, we are locked and loaded and have a massive kingdom to overthrow.”

Sonja’s Loud Arriver will be out on September 30, with preorders currently available via Cruz Del Sur Music.

Metal Sucks Greatest Hits
0 -
Converse Rubber Tracks x MetalSucks: Everything All in One Place
0 -
Has Moshing Turned Into a Form of Bullying?
0 -
The Top 25 Modern Metal Drummers: The Entire List in One Place
0 -
Scientific Proof That Djent is a Genre
0 -
I Watched Rock of Ages so You Don’t Have To
750 -
Anthrax vs. Axl vs. Anso: The Worship Music Double Review