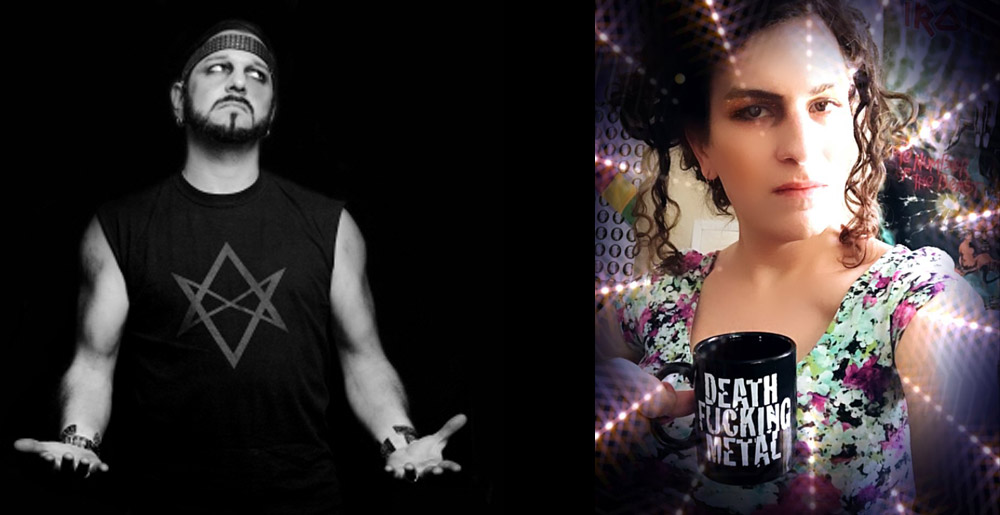 Absu Mainman to Transgender Bandmate: “There Is No Place for a Woman in This Band”

Former Absu guitarist Melissa Moore (also of Rumpelstiltskin Grinder and Sonja) has continued to share details about her ouster from the band in 2017 following her decision to come out as transgender.

Following her statement this weekend in which she accused longtime drummer and vocalist Proscriptor McGovern (Russ R. Givens) of blatant transphobia when she came out as trans while on tour, Moore posted an additional message to Facebook last night (July 19) in which she recounts details of a 2017 phone call between the two former bandmates. Among the revelations therein, Moore says Givens told her “there is no place for a woman in this band,” and that Givens voiced an intention to use songs that Moore wrote against her wishes (whether they’re referring to performing old material live or recording previously unreleased songs isn’t clear).

Absu broke up earlier this year, but Givens and bassist Paul Williamson (“Ezezu”) announced the formation of a new, similarly named outfit — Proscriptor McGovern’s Apsû — last Friday, July 17, inspiring Moore to speak out. A screen-shotted text message in the initial post showed Givens worried the band’s legacy would be tainted by having a transgender member, and he requested that those concerns be kept away from the media.

“Russ said ‘You fired yourself…with your decision’. Then I said ‘what the fuck are you talking about? my decision to not suffer in a fucking personal prison? you think I should go back into my cell and hide myself? I have nothing to hide. YOU are ashamed to be on a stage with me. Well I am ashamed to have my music associated with a little man like you. Why don’t you get Paul to re-record the guitar on the songs he wrote, and leave my music completely out of this. I don’t want any part of this..this is a fucking nightmare.’

“I was like ‘Listen to your voice shake. you are a coward. Don’t use my songs.’

“He said ‘I’ll do whatever I want with your songs’

“To be honest the Transmisogyny overshadows the Transphobia.

Check out Moore’s new band, Sonja, below, as well as Toxic Femme, the trans/non-binary apparel brand she runs.

Sponsored Links from Across the Internet
Show Comments
Related Articles
New Stuff 0
“When the Candle Burns Low…” is When Sonja’s New Single Hits Hardest
September 5th, 2022 at 9:34am Hesher Keenan

Prepare for some witchy vibes on this one.