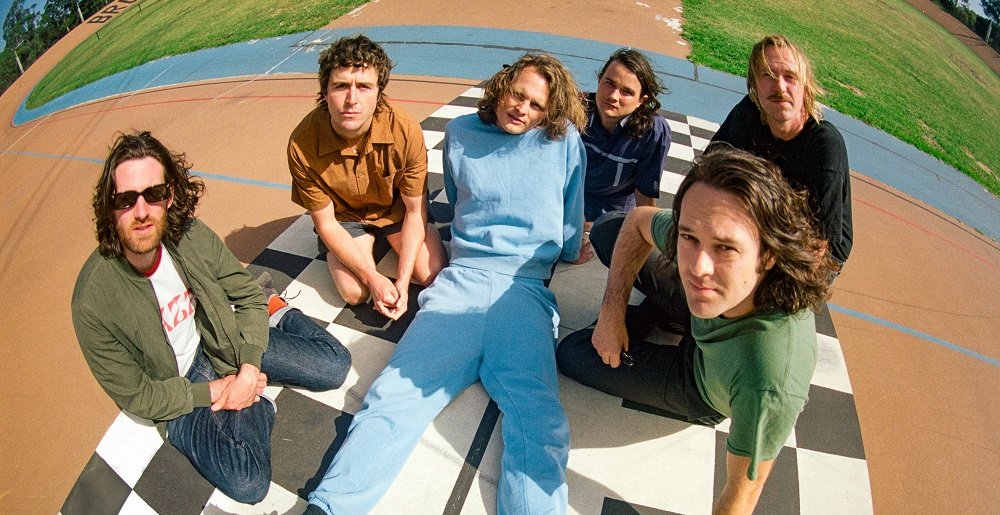 Most of the time when a band announces new music, it’s maybe a song on an album, but the Australian mindfuck of a band King Gizzard and the Lizard Wizard are not just any band. Earlier today, the outfit announced three new albums at the same time. Admittedly this is nothing new for them, but it’s always crazy when it happens.

The three albums coming down the pipe are: Ice, Death, Planets, Lungs, Mushrooms and Lava, Laminated Denim, and Changes. To get the hype train properly started, they’ve released the video for their first single “Ice V,” which you can watch below.

According to the band, Ice, Death, Planets, Lungs, Mushrooms and Lava was written by first coming up with seven song titles and assigning tempos and major scales to each, with lyrics collaboratively written on a Google Doc.

Bandleader Stu Mackenzie said that made each day’s proceedings unique.

“Naturally, each day’s jams had a different flavor, because each day was in a different scale and a different BPM. We’d walk into the studio, set everything up, get a rough tempo going and just jam. No preconceived ideas at all, no concepts, no songs. We’d jam for maybe 45 minutes, and then all swap instruments and start again.”

Laminated Denim will only be two 15 minute songs, titled “The Land Before Timeland” and “Hypertension.”

As for Changes, the band’s fifth album of the year, mind you, that project started in 2017 but Mackenzie said “it never felt done…[and is] not necessarily our most complex record, but every little piece and each sound you hear has been thought about a lot.”

“I think of Changes as a song-cycle. Every song is built around this one chord progression — every track is like a variation on a theme. But I don’t know if we had the musical vocabulary yet to complete the idea at that time. We recorded some of it then, including the version of ‘Exploding Suns’ that’s on the finished album. But when the sessions were over, it just never felt done. It was like this idea that was in our heads, but we just couldn’t reach. We just didn’t know yet how to do what we wanted to do.”