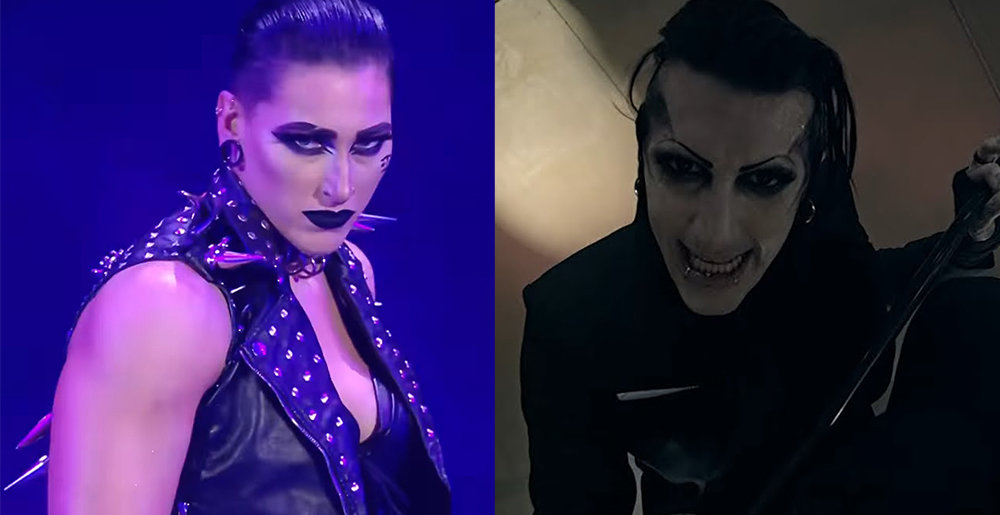 Metal and wrestling have a long, stories history together and it looks like that’s not going to change any time soon, as rising WWE superstar Rhea Ripley tapped Motionless in White to provide her with some new entrance music.

For those that don’t know, Rhea Ripley is an Australian pro wrestler who’s risen through the ranks at the world’s most popular wrestling promotion. These days, she’s part of a stable called The Judgment Day, a dark and brooding group of wrestlers that look to cause as much damage to their enemies as possible.

So it only makes sense that Ripley would tap a metal band to be her intro music. Enter Motionless in White, who recently announced that the wrestler used a new track called “Demon in Your Dreams” during a recent WWE event. Prior to their confirmation, which you can find on Twitter and Facebook, fans realized pretty quickly that her entrance featured a new Motionless in White song.

While speaking to fans via his Facebook page, Chris Motionless said he was excited to have the song be connected to such a huge star as Ripley.

“I have been given the distinct honor to perform the vocals for the entrance theme song to none other than the nightmare herself — I’m talking about Rhea fucking Ripley. I’m a massive Rhea fan and this is without a question one of the coolest things I’ve been asked to do in my career.”

The track is currently slated to be released via Spotify sometime today, but in the meantime it’s currently available via Apple Music and YouTube, the latter of which can be checked out below.

As an old school wrestling fan who hasn’t really watched in years, I’m pretty sure I’d be a huge Rhea Ripley fan just based on what I’ve seen while researching for this post. It’s cool that metal continues to get some love on a major promotion that hits millions of homes every week.