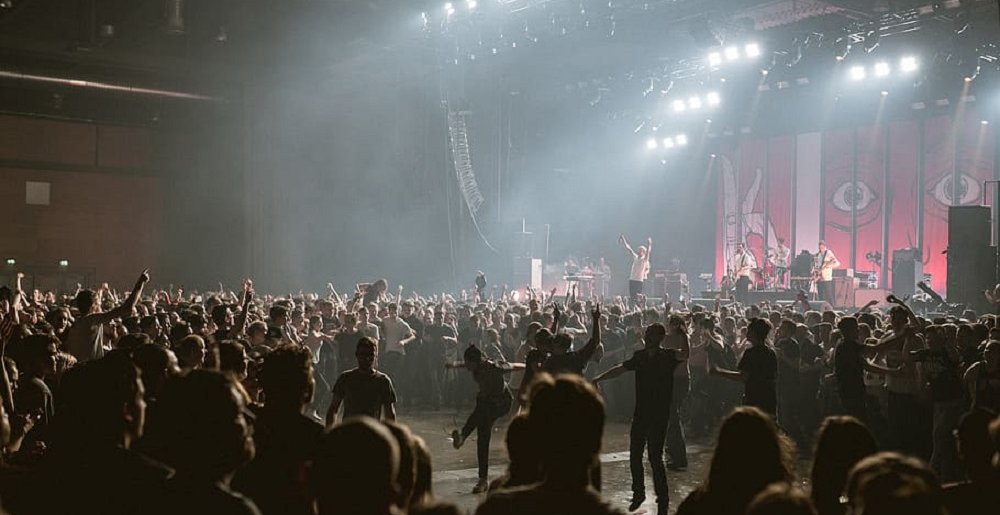 With the existential dangers of COVID-19 winding down a bit from 2020-21, there’s been a sharp uptick in the number of tours, festivals and concerts for us all to enjoy. It seems that folks are making up for lost time and seeing as many shows as they can, which is great for artists who rely on shows to make their living.

With this sudden return to in-person concerts also comes the return of annoying behaviors that the metal community can’t seem to get a hold on. Here are ten types of people who seem to do their best to annoy the shit out of us at shows.

The Guy Crowd Killing in the Pit

Here’s the thing about crowd killing: it was never cool or respected – even in the hardcore scene “back in the day.” Targeting people with kicks and punches in the pit doesn’t make you tough and it doesn’t give you street cred. Rather, it sends a signal to everyone that you likely got rejected from every fraternity you tried to rush in college and that you probably don’t take rejection on Tinder particularly well.

Think of this call as virtue signaling for metal fans. You go see a band that has a couple of openers and maybe the openers aren’t to your liking. What do you do to pass the time? You yell “Slayer!” every time there’s a break in the music. This will show everyone that: a. You’re really a true metal fan – unlike everyone else at the show, and b. You enjoy hassling opening artists.

Either way, pretty much everyone, including the friends you may have come with, think you’re a complete dick — especially since Slayer isn’t even a band anymore and yelling “Slayer!” at shows stopped being cool around 1992.

People Who Talk Really Loud During a Band’s Set

It’s great to talk with friends at a show and it’s great to make new ones, but many clubs have a section that’s not close to the stage for socializing. Perhaps you and your friends, who are clearly disinterested in the music, might be better suited to have a chat by the bar? Maybe over a smoke in the outdoor smoking section? Any way you look at it though, talking loud through performances is rude to both the people around you and the artists performing.

Anyone Rudely Recording the Show on Their Phone

It’s one thing to hold your camera at eye level and record the show you might actually watch again… once. It’s another to block other people’s view of the show while you pretend you’re Martin Scorsese as you record a grainy video of the band on your iPhone 6. Perhaps you’re thinking that you’ll upload your lousy, shaky video to YouTube and get viewers, but besides yourself, nobody really cares enough to watch. Especially when there’s so much pro footage of so many bands out there available for free.

The Person Standing on Someone’s Shoulders in the GA Section

Almost no behavior demonstrates a sense of entitlement more than climbing up on someone’s shoulders in the GA section of a show. Sure, you can see better, but screw everyone else. I mean, you’re obviously more important than everyone else and who cares if people for yards back can’t see a thing as long as you get a clear view. Perhaps, if you’re really interested in getting a clear view of the band, choose an elevated seat like everyone else or get the show earlier to stake out a position in the very front.

Anyone Wearing a Burzum Shirt in 2022

Wearing a Burzum shirt might have been somewhat edgy back in 2011 when Varg (real name Kristian) Vikernes, out on parole, was releasing new music. But since that time, we’ve all learned just how much of a complete asshole Varg really is. His perverted politics, overt racism and love for Russian AKs seem to be the focus of his current life. But his politics notwithstanding, his newer music is downright dreadful. In addition, don’t think for a second that Norwegian black metal fans and artists will respect you for wearing your Burzum gear at European festivals. Norwegians in the scene, even those he worked with in the 90s, all never liked him. Wearing a Burzum shirt in 2022 doesn’t made you look hard. It makes you look like a damn fool.

“This is Holy Wars! Everybody get up!” Hey, that’s great you love this song and maybe it’s one of the band’s best, but not everyone enjoys music the same way you do. Some people like to sit. Some people need to sit. The show’s not about you and your fandom so calm the fuck down and let people enjoy the show as they please.

The Daydrinker Who Over Indulged

Mostly found at festivals and large shows with tailgaters, this is the person who started drinking way too much, way too early. It might actually seem that they’re not really interested in the music, rather the massive amount of (usually cheap) beer they bring with them to the consume in the parking lot. By the time the show actually starts they might be okay for a song or two but then pass out in the seats and fall on you. Sometimes they make it to the bathroom just to vomit all over the floor. Notice these people never actually make it to the toilet for some reason.

The Stagediver Who Lingers on Stage

Hey look at you! You made it! You’re actually on stage after you crowdsurfed your way up. But now, instead of stage diving back into the crowd you decide to linger a bit, craving the attention your parents never gave you. People who’ve been there before know you get up on the stage and then immediately dive off the stage. Dancing around and trying to upstage the band members usually results in the band getting angry at you. Believe it or not, though you’re quite proud of your achievement, people are there to see the band and not your sorry ass.

The Stagediver Who Steps on Guitar Pedals

Just like the aforementioned lingering stage diver, this individual has little spatial awareness or just plain doesn’t care. All those pedals on the ground – those are there so the guitarists can perform their songs they way they’re supposed to sound. Don’t step on them. If you do you mess everything up. Look like you’ve done this before. Better yet, just stay home and jump around on the trampoline your parents got you for your 10th birthday while listening to Five Finger Death Punch.