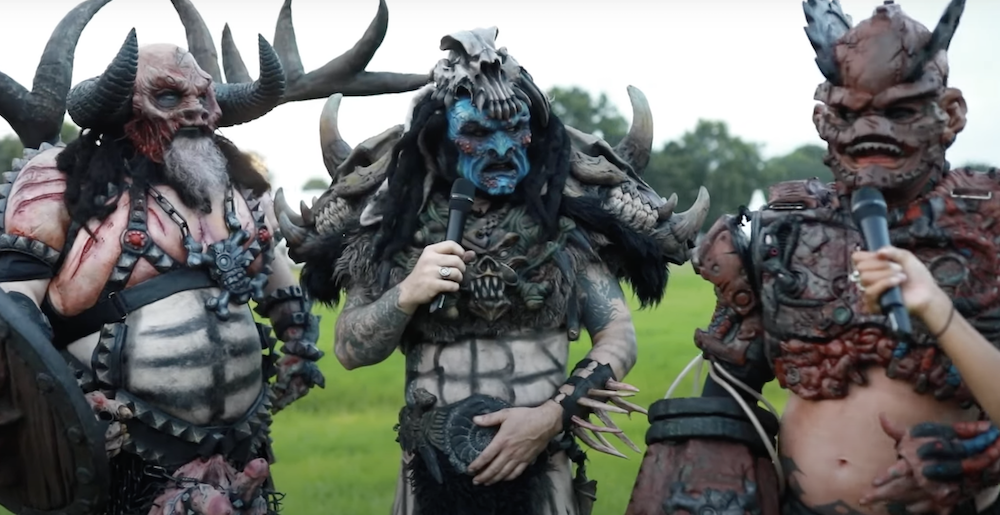 GWAR to Metal Gatekeepers: “F**k You”

They recently spoke with The Pit, where the interviewer asked front-creature Blothar the Berserker and his extraterrestrial goons how they feel about gatekeepers in the metal scene, to which all three replied: “Fuck you!”

Lead guitarist Pustulus Maximus agrees, but then specifies a specific instance in which it’s okay to gatekeep, actually:

“That’s the worst. My philosophy is ‘It’s okay to like stuff.’ If you wanna like good ol’ Dirkschneider over there and Mercyful Fate and Billie Eilish in the same day, that’s fine. It doesn’t matter. But you can’t like N’Sync and metal though, or Backstreet Boys.”

Blothar follows up by pointing out that heavy metal has often been excluded from mainstream popularity or respect, so he believes that the infighting isn’t productive.

“Anybody can like anything. I just think it’s absolutely absurd. You know, metal has been excluded. People that like metal and that are drawn to it are outsiders. Why do they wanna put up the same walls for other people? It doesn’t make any sense to me.”

The topic of gatekeeping in metal is nothing new. Satyricon frontman Satyr reminded us of his position in the second wave of black metal and our own Hesher Keenan told gatekeepers to fuck off last month. You don’t have to take it from us or from Satyr, but you should probably listen to our alien overlords while they’re still benevolent.

Sponsored Links from Across the Internet
Show Comments
Related Articles
Lolz 0
GWAR Think Adele Might Be a Space Alien In Disguise
July 26th, 2022 at 8:37am Emperor Rhombus

Cinemetal Reviews 0
Review: This Is GWAR Is a Powerful Story of Artistic Moxie, the Dream of the ’90s, and Latex Dongs
July 22nd, 2022 at 10:20am Emperor Rhombus

The new documentary gives fans the human experience beneath the foam rubber and fake blood.

The intergalactic sexlord shows you how to apply a jimmy cap.