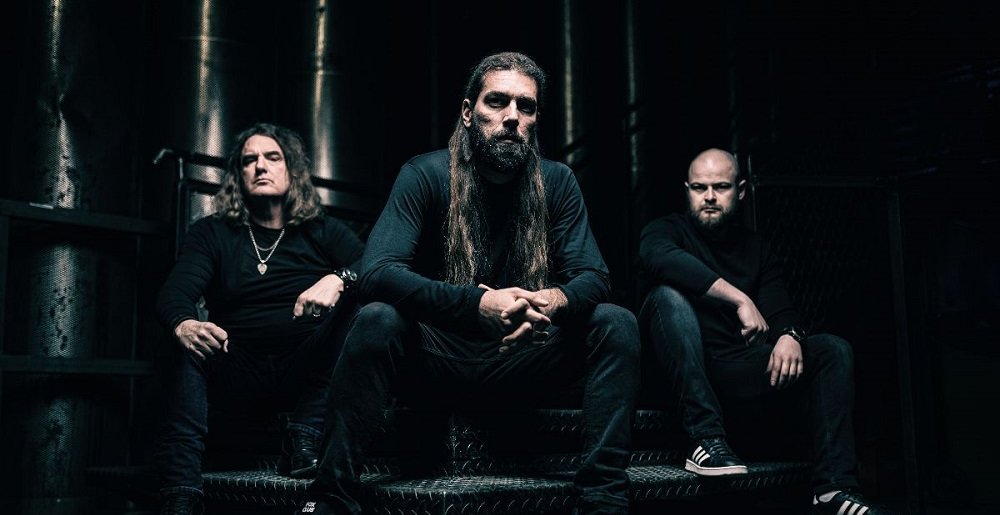 It’s time to reset the old “Days Since We Posted About Dave Ellefson” counter. His new death/thrash metal band Dieth is back in the news after landing a multi-record deal with Napalm Records.

Featuring former Entombed A.D. guitarist Guilherme Miranda, who will also be handling vocals for Dieth, and former Decapitated drummer Michał Łysejko, the band is looking to get the ball rolling with a debut album expected next year.

In a press release about the signing, the band said they were excited for this new chapter in each member’s respective careers, having only been introduced to one another earlier this year.

“We are stoked to announce that we’ve signed a multi-album international record deal with Napalm Records, who will release our debut album in 2023. Their approach to music and devotion to metal made Napalm the perfect, most suitable place for us and our music. Last but not least, we would like to thank each one of you that are giving us this massive support. More info and details about the album will follow soon. Stay tuned!”

Following the label’s newest acquisition, Sebastian Muench, A&R, Napalm Records added in the press release that Napalm Records was excited to see where Dieth land, given the pedigree of its members.

“The term “supergroup” feels overused nowadays, but with the formation of Dieth, it correctly and justifiably describes the coming together of these three extremely talented musicians. The first single, “In the Hall of the Hanging Serpents”, underlines that the debut album could become a death-thrash metal masterpiece. Napalm Records is pleased and proud to partner with Dieth to establish the band and make the new album a success. Personally, as a lifelong Megadeth fan, this signing is a dream come true.”

As of today, there’s no expected release date for Dieth’s debut record. That being said, the band released a video for the track “In the Hall of the Hanging Serpents.”

Sponsored Links from Across the Internet
Show Comments
Related Articles
F-F-F-Feudin' 0
David Ellefson Comments on Megadeth Firing (Again): “He’s Obviously Not Gotten Over This Thing About Being Fired from Metallica”
September 6th, 2022 at 9:49am Em Shadows

He says his relationship with Mustaine was abusive.

Everyone's Replaceable 0
Mustaine on Firing Ellefson: “I Just Couldn’t Have That Around Us”
September 1st, 2022 at 10:46am Em Shadows

He has high hopes for the future with the band’s new lineup.