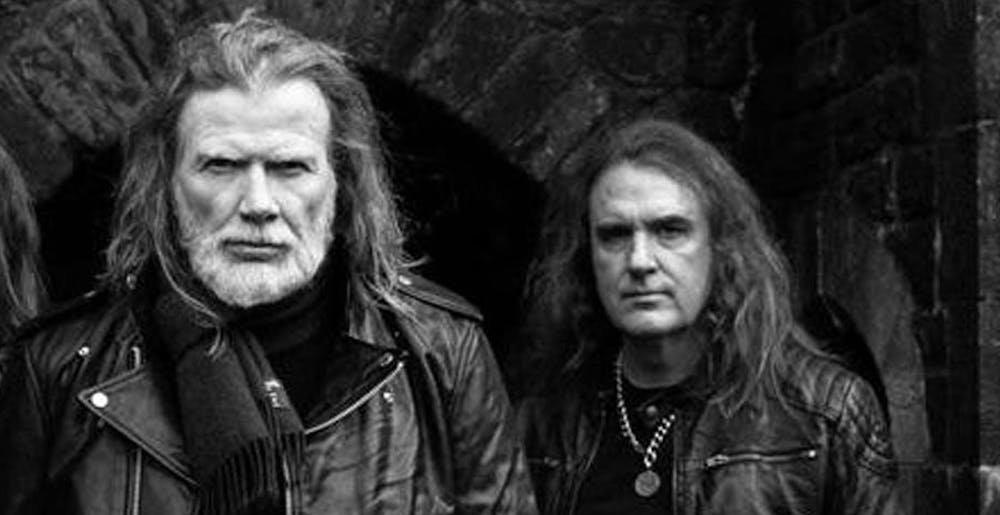 David Ellefson Comments on Megadeth Firing (Again): “He’s Obviously Not Gotten Over This Thing About Being Fired from Metallica”

Leaving an unhealthy or abusive relationship can be really hard. Romantic, platonic, business, creative or otherwise, the bonds we forge with others can be hard to break—especially when that partnership is forcibly ended. Perhaps that’s why former Megadeth bassist David Ellefson, who was ousted from the band following a sex scandal, can’t stop giving interviews about his relationship with band leader Dave Mustaine.

In a recent interview with the 2020’d podcast (via Blabbermouth), Ellefson discusses a variety of topics as they relate to his time in Megadeth and his relationship with Mustaine. He starts off by recounting a time that he says Mustaine gave him free reign to tweak Super Collider:

“Me and [then-Megadeth guitarist] Chris Broderick and [producer] Johnny K sat in the studio and I said, ‘You know, I do have this one little bit, this little thing,’ and I showed it to them, and Broderick goes, ‘Dude, that would be really cool at the beginning of ‘Kingmaker’.’ And I said, ‘Huh. Interesting idea.’ And in my opinion, I think ‘Kingmaker’ is probably the better song on the record, just off the top for me. Johnny liked it. We sat and we worked on it and put it together. And we were all excited.

“Dave walks in the next day in a much different mood — grumpy, I might add and not feeling so joyous as the night before. And I think either me or Johnny said, ‘Hey, I’ve got something I want you to listen to that we worked on last night.’ And there was this kind of disapproving look. And Johnny plays it for him, all excited. ‘Cause I think the three of us [Johnny, Chris and me] all heard the same thing: ‘Hey, if you wanna add anything, if you wanna work on anything, please do.’”

He also recounts a similar incident during the writing process for Th1rt3en, the first Megadeth record that Ellefson played on since first leaving the band in 2002. He said that, while discussing ideas, he suggested something and Mustaine walked out of the session. Ellefson recounts talking to then-drummer Shawn Drover after the incident:

“He goes ‘Dude, trust me. The days of collaborating are long gone. That Megadeth that you were in, that’s way over.’ So [I spoke to Dave] in the office, and Dave, he was furious, but yet we didn’t want our newfound friendship to deteriorate, so I said, ‘What’s the deal?’ And he said, ‘Don’t try to put your ideas into my songs.’ I said, ‘No problem.’ I said, ‘All good. Today is day one. No worries.’ And that was the last we ever jammed together. Everything after that, on every other Megadeth record after that, it was just Dave writing the songs, doing his thing.”

He then reasserted a recurring point since his firing: that he believes Mustaine was looking for a reason to fire him when his scandal broke.

“I kind of saw the events of last year as just the perfect opportunity to choose box office over brotherhood. I look back at it now and I feel like I got kicked out of hell. So, whatever.”

Elaborating further on the relationship, Ellefson called it “abusive” and “unnecessary” before wrapping up with the Megadeth’s biggest insecurity: his firing from Metallica.

“Look, I think part of it, too, is he’s obviously not gotten over this thing about being fired from Metallica, so he wanted to do to somebody else what he felt they did to him, which is kick him out and then someone else play his guitar parts. ‘So let’s kick Junior out and then have someone else play his bass parts.’ And to me, I’m, like, I don’t care. I already fucking helped put the record together. I played on the record. I got paid to be on the record. So, hey, if you wanna get someone else to play, whatever.”

It’s no secret that Mustaine is still bitter about his removal from Metallica but Little Dave is basically doing the same thing in recent interviews. Megadeth just released their 16th studio record, The Sick, the Dying… and the Dead!

Metal Sucks Greatest Hits
0 -
Video: Vocalist Performs Ten Styles of Metal, Complete with Appropriately Silly Lyrics
2060 -
How Metal Nerds Choose What Bands To Like: A Scientific Model
0 -
Scientific Proof That Djent is a Genre
0 -
Someone Made a Lemmy Doll from a Mr. Potatohead
0 -
This Very Fat Cat is The Best at Metal Drums
0 -
The Top 25 Modern Metal Drummers: The Entire List in One Place