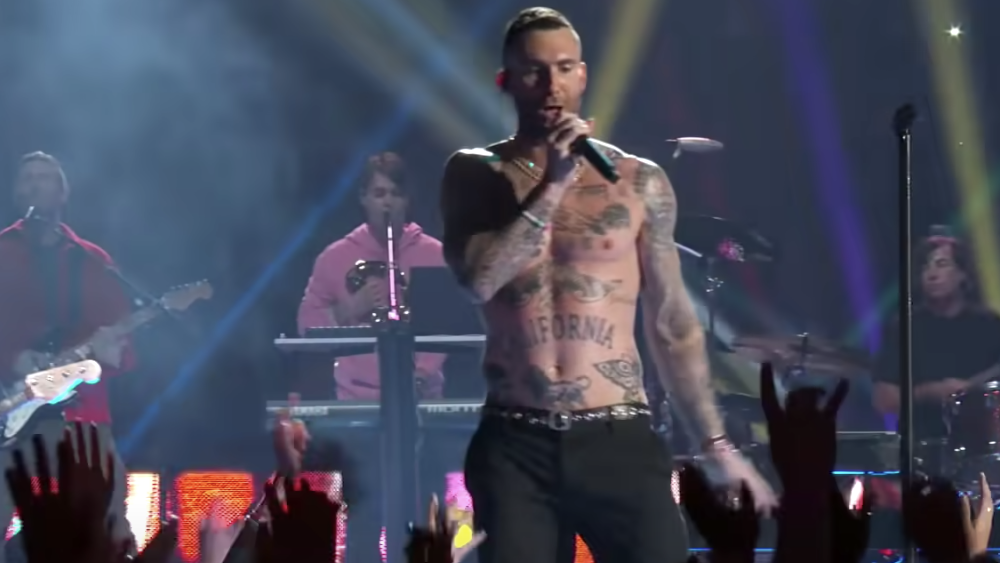 According to Adam Levine, singer of Maroon 5 and apparent heavy metal expert, there are “no hot chicks” who like heavy metal. The singer’s statement was revealed in the aftermath of a sea of cheating accusations, which include screenshots of Instagram messages posted by various women.

Instagram model Sumner Stroh was the first to suggest that she had an affair with the singer, claiming that he even asked if he could name his yet-to-be-born child Sumner. We’re going to guess that one isn’t happening anymore.

Another woman, Alyson Rosef, came forward with her own screenshots, in which she allegedly tells Levine that “I’m so weird too and only listen to metal lol.” Levine responds with the less-than-eloquent answer of “Said no hot chicks ever other than you.”

Levine’s official statement on the matter basically tells the world that he’s sorry he got flirty with other women but that he never had an affair and that he won’t exercise shitty judgement again.

“I used poor judgment in speaking with anyone other than my wife in ANY kind of flirtatious manner. I did not have an affair, nevertheless, I crossed the line during a regrettable period of my life,” he said. “In certain instances it became inappropriate. I have addressed that and taken proactive steps to remedy this with my family. My wife and my family is all I care about in this world. To be this naive and stupid enough to risk the only thing that truly matters to me was the greatest mistake I could ever make. I will never make it again. I take full responsibility. We will get through it and we will get through it together.”

Just look at his tattoos—clearly Adam Levine isn’t exactly the type to think through his decisions before he makes them, but even he should know that the internet is forever.

Sponsored Links from Across the Internet
Show Comments
Related Articles
But What Does Corey Taylor Think? 0
The Slipknot/Maroon 5 Mash-up of Your Nightmares Gets a Sequel
September 16th, 2021 at 9:45am MetalSucks

“Before I Forget” meets “Harder to Breathe.”

The pop star and ‘The Voice’ co-host has caught a ton of flack in recent years for saying rock is dead.

But What Does Corey Taylor Think? 0
Here’s the Slipknot/ Maroon 5 Mash-Up of Your Nightmares
May 28th, 2020 at 9:57am MetalSucks

Metal Sucks Greatest Hits
0 -
The Top 25 Modern Metal Frontmen: The Entire List in One Place
0 -
Missed Connections: You Puked at the Ulcerate Show (M4M – Brooklyn, NY)
400 -
Danzig is Just Cleaning Up His Motherf*cking Bricks, Bitch
850 -
All My Heroes Have Failed Me
0 -
A Detailed Analysis of Slipknot’s New Masks
0 -
Website Photoshops Dogs in Place of Bass Guitars Because Why Not?