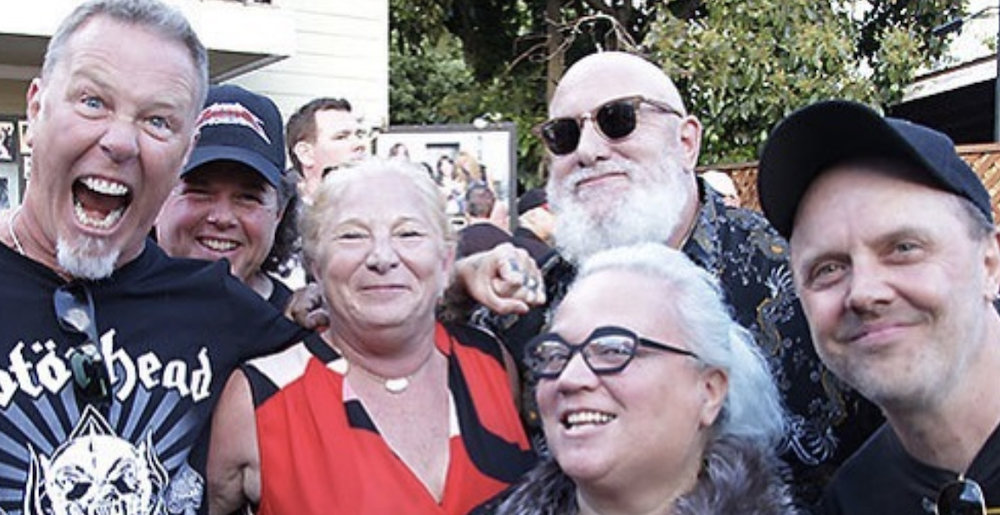 The world’s biggest band — Metallica, if you weren’t aware — will be cramming itself into a 7,000-seat theater this November to celebrate the lives and heavy metal legacies of Megaforce Records founders Jon “Jonny Z” and Marsha Zazula.

On Sunday, November 6, Metallica will head to the Seminole Hard Rock Hotel & Casino in Hollywood, Florida for the special event, which will see the band playing songs from their time on Megaforce from 1983 to 1984. The Zazulas are widely credited for discovering and putting several key thrash bands on the map, including Testament, Overkill, and of course, Metallica. All these years later, the Bay Area titans say they still owe their careers to the late power couple.

Jonny gave us our first break in New York, released our first albums on his Megaforce Records label, and put us out on the road for our first real tour. With Marsha by his side, Jonny was a mentor, a manager, a label head, and a father figure to us all…. we would not be where we are today without the two of them. Sadly, we recently lost both Jonny and Marsha, just a little more than a year apart.

Jonny Zazula is credited for helping Metallica record their first demo No Life ‘Til Leather, their debut record Kill ‘Em All, and seminal thrash cut Ride the Lighning. Eventually, the band ended up signing with Elektra and the rest is history.

In an effort to drive up some nostalgia, Metallica are bringing ther “main touring partner” from that time, Raven, on to be their supporting act.

Sadly, neither Jonny nor Marsha are still with us. Marsha passed away in 2021 at 68 years old, while Jonny passed away this past January at 69 years old.

Tickets for the special event will be available to the general public at 10 a.m. EDT this Friday, September 30, though Fifth Member club members will have special access two days earlier on Wednesday, September 28.

Metallica said a portion of ticket sales will be donated to MusiCares in the Zazulas’ name. The band’s charity, All Within My Hands, will also be providing a donation to Feeding South Florida.

Metal Sucks Greatest Hits
0 -
Students at British School Sing Iron Maiden’s “Flight of Icarus”
660 -
KNEEL BEFORE THE POWER OF ELEPHANTS MARCHING RIFFS
0 -
Heavy Metal Drinking Games
540 -
Worst Year Ever: All of Our 2010 Year-End Sh*t in One Place
0 -
11 Bands You’d Get Made Fun Of for Liking Back In The Day
1840 -
The Final Word on Metal Drumming