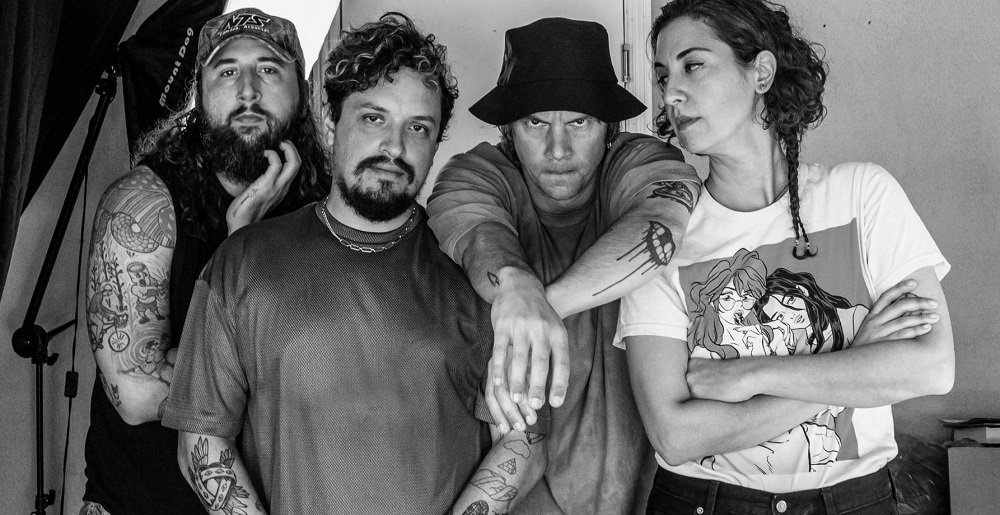 Every once in a while you hear a new band and think “what is this?!” That was my initial thought when I first hit play on the new Melted Bodies song, “Therapy.” We’ve covered this group in the past and they still remain as unclassifiable as the first time we listened to their music.

Featuring a frenetic style that moves from rock and metal with heavily distorted vocals to synthwave sections and back again, this track is definitely one of the more unique releases out today. It’s completely bonkers in a noise rock meets punk meets techno kinda way.

Formed back in 2015, Melted Bodies has slowly grown into prominence in the Los Angeles underground scene for completely unpredictable live performances, having shared the stage with the likes of Red Fang, Horse The Band, and Machine Girl. Two years ago, their debut album Enjoy Yourself was released to critical success, but COVID hampered their ability to take their music out on the road.

Melted Bodies guitarist and vocalist Andy Hamm said the concept of the song comes from his own need for therapy and the realization that our society has even commoditized the need for help from a mental health professional.

I have been in and out of therapy for years, and I still fight with the notion of paying someone to talk to me or just sit there and listen—that’s not to say that it hasn’t been helpful. The underlying realization is that we are growing to become so self-involved, so mentally drained, and consumed by making money, that the only people left who actually have the capacity to listen truly are those getting paid for it.

The unclassifiable band’s remix album, Enjoy Yourself with Friends, is out August 6.