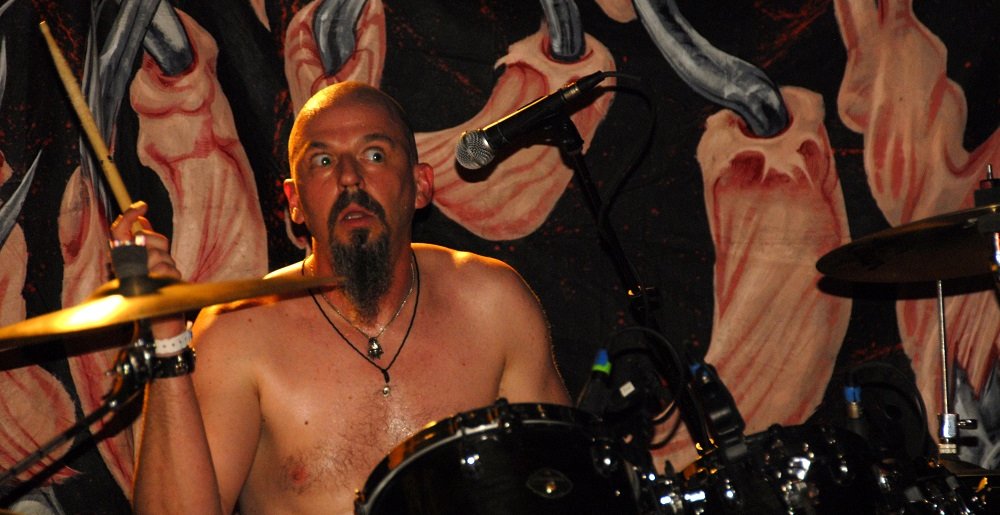 Death metal legend Chris Reifert is our guest this week on The MetalSucks Podcast! In this week’s episode, Reifert joined host Petar and discussed the unicorn that was GG Allin, what it was like performing right after pandemic restrictions were lifted, how he can over tinker with songs if he allows them to linger without being released, and the new album having a real feeling and sense of urgency.

They also get down to Reifert’s criteria of blindly buying an album in the ’80’s, how he never wanted to re-record a classic Autopsy album, his thoughts on commemorating Scream Bloody Gore as it reaches its 35th anniversary, and the biggest difference between death metal fans from the early days compared to now.

Later on in the show, Petar and Jozalyn discuss Jim Root’s comments on being “unsure” about the new Slipknot album, how we as fans have had trouble connecting to mainstream metal albums in 2022, celebrating the 30th anniversary of Alice In Chains’ Dirt and our thoughts on the potential Dio museum.

Metal Sucks Greatest Hits
0 -
36 Seconds of Hell on Earth: Video from the Guitar Center Grand Opening in Times Square
0 -
Give a Heavy Metal Valentine’s Day Card to Someone You Love
0 -
Meshuggah’s Jens Kidman is Now a Meme
0 -
Will People Please Shut Up About the “Fake Amps on Stage” Debate?
0 -
Editorial: True Loyalty Means Admitting When Your Favorite Bands Suck
0 -
Meet Ironbunny, the New Babymetal