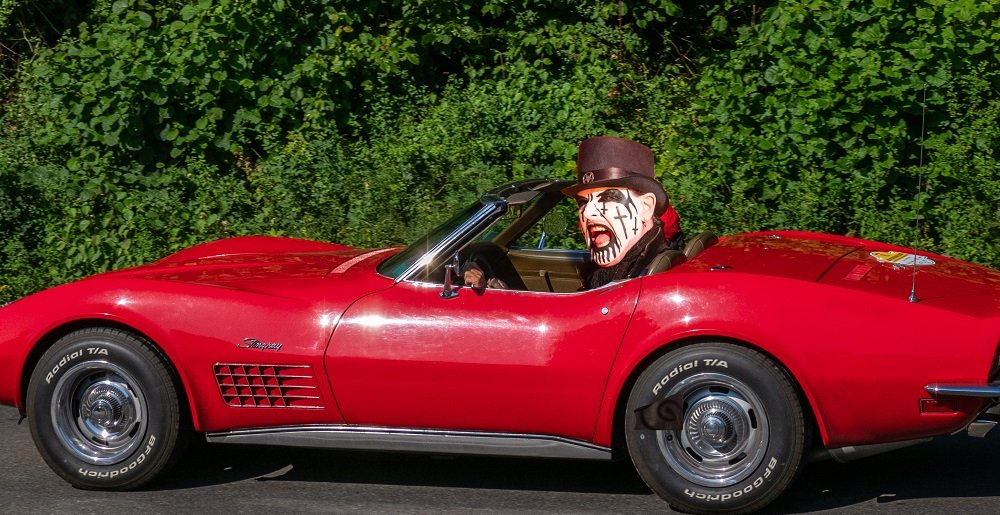 There’s no doubt that the immortal King Diamond has had a successful career, but during a recent interview he revealed that Metallica‘s love of his music landed him a sweet new sports car.

During a recent interview with Let There Be Talk’s Dan Delray, King Diamond revealed that Metallica’s 1998 recording of their Mercyful Fate medley for Garage Inc. initially resulted in a pretty nice payday.

“Now, it’s, like, I guess if they do something special with it or whatever, then it does something, but that’s not what I live off, I can tell you that. The same… I did something with Volbeat; the song that I did half the lyric for [‘Room 24’, taken from the band’s 2014 LP Outlaw Gentlemen & Shady Ladies] and it was nominated for a Grammy.”

Could you imagine being the dude who ended up buying that Trans Am? I seriously hope he was a metalhead.

Anyway, these days King Diamond says the “Mercyful Fate” medley is still netting him some Metallica royalties, though it’s not what it used to be.

“But it’s not like… I can’t eat off of it; I can’t pay rent or anything off it. But that’s our own stuff that is doing quite well now; our own stuff is doing [well]. The tours are doing good. There’s more projects going on all the time.”

Mercyful Fate will be hitting the road later this month for their first slate of shows in the U.S. in 20 years. Though they won’t be touring to support a new album until after King Diamond does, that doesn’t mean there’s no new music that could potentially make the setlist. The band’s been playing a new song called “The Jackal of Salzburg” since this past June. Here’s hoping we’ll hear more new songs on this next run of dates!

Metal Sucks Greatest Hits
0 -
Why are metal fans hopelessly stuck in the past??? :(
0 -
Anthrax’s Frank Bello is Really Excited to Be Here, Not at All Concerned About Swallowing Bugs
0 -
MetalSucks Readers Declare Pantera The Most Unnecessarily Shat Upon Band in Metal!!!
0 -
Twenty More of the Worst Heavy Metal Album Covers of All Time
0 -
Op-Ed: Metal Vocalists Have Become Irrelevant
0 -
Advanced Discrimination & Dragons: A Critical Look at Varg Vikernes’ Myfarog RPG