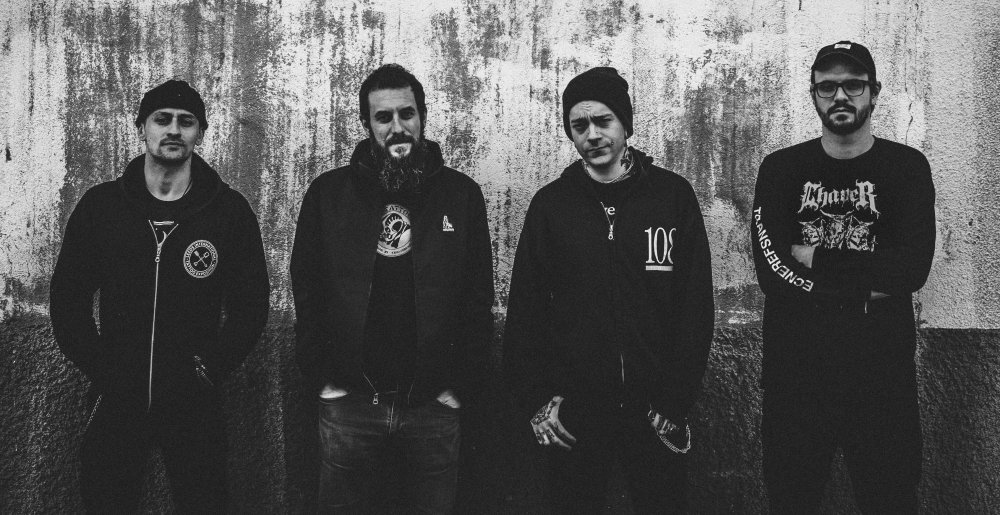 Reaptile are back with a new album after a bit of a break, Humanidead. If you’re not familiar with their bizarre brand of Swiss sludgecore, now’s your chance to get familiar. If you like the weird and the stoney and heavy, this one’s for you.

Previously, the band released their full-length Extinction Chronicles, but it’s been four years since that record dropped. They also recently did a split with DETRIVE from Belgium, and now they’re back with a full album’s worth of material. The new album is out now via Hexerei Records, Helldog Records, Throne Of Lies Records, and Vinyltroll Records.

Reaptile plays since 2016 a dark, powerful, and vindictive sludgecore/metal, formed in
Freiburg/Switzerland by four dudes coming from the hardcore punk and stoner local
scene. Faster, more violent, and even angrier than its predecessors, this new 13-track, 40-minute LP confirm Reaptile in its uncompromising sludge-hardcore identity.”

Formed in 2016 in Freiburg and Switzerland, the band pull influence from hardcore, punk, sludge, doom, and more to craft their unique sound. The new album, which dropped last month, features a new guitarist and drummer and a slight shift from the lineup of their previous album.

The record also features artwork from Flore Lacoste, and it was recorded at Lead and Sulfur Studio. It can be streamed and purchased through Bandcamp.

In addition to being available for streaming on all platforms (Apple Music, iTunes, Spotify), the record can also be streamed on platforms like Bandcamp and Soundcloud, as well as YouTube thanks to the Grindwar Channel.

Metal Sucks Greatest Hits
0 -
West Texas A&M University Launches Course in Metal Lyrics
0 -
Video: Killswitch Engage’s Adam Dutkiewicz Wins Everything on The Price is Right
0 -
12 Embarrassing Albums That Everyone Owned Back In The Day
0 -
Give a Heavy Metal Valentine’s Day Card to Someone You Love
0 -
If You Like Bass Dogs, You’ll LOVE Drum Fish
0 -
Photos of Metal Musicians When They Were Kids