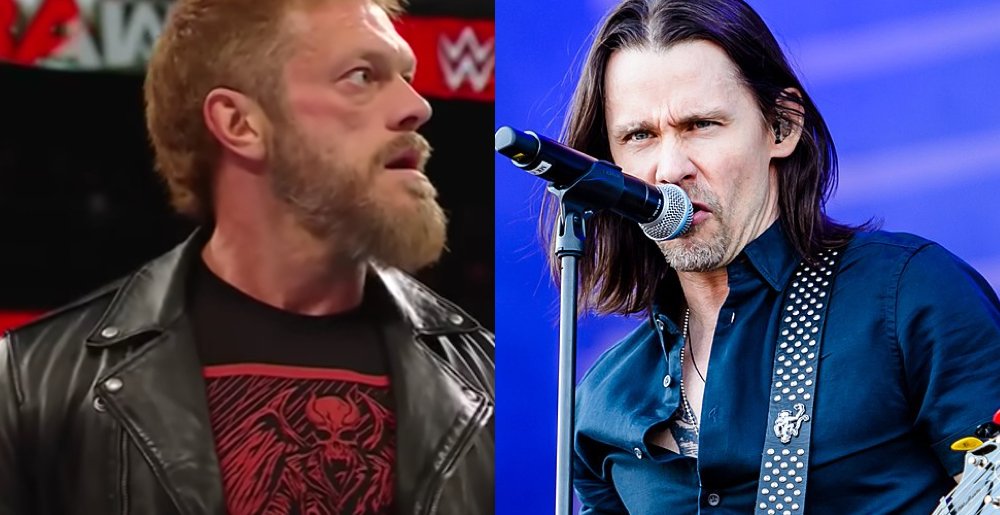 In the mid-2000s, Edge adopted Alter Bridge’s “Metalingus,” from the band’s 2004 debut One Day Remains, as his entrance music. As any wrestling fan will tell you, it quickly became a fan favorite, much like the wrestler using the song. In a recent interview with the Drinks With Johnny podcast (via Ultimate Guitar), singer Myles Kennedy looked back on the effect it’s had on their career.

“Well, they’re using a different song now. I think they are using ‘The Other Side,’ which is cool. I mean, we’re just flattered that they’re still using stuff from our catalog.

“And it’s fascinating, because I feel like, in a lot of ways, having ‘Metalingus’ as his entrance music is arguably one of the most important aspects of people discovering the band over the years, especially overseas.

“We go somewhere, and someone comes up and is like, ‘I had no idea who you were, but I love that entrance music. I discovered the band after that.’ That’s been great for us. I mean, we really are appreciative of that.”

Like Kennedy says, Edge recently dropped the WWE edit of “Metalingus” in favor of “The Other Side,” another Alter Bridge track from their 2016 album, The Last Hero. As one of the most decorated professional wrestlers of all time, Edge was frequently on TV from 1992 to 2011, and again from 2020 onward. It’s undeniable that his use of Alter Bridge’s music has introduced the band to new audiences, myself included.

Prior to using Alter Bridge as his entrance music, Edge used a WWE edit of Rob Zombie‘s “Never Gonna Stop.”