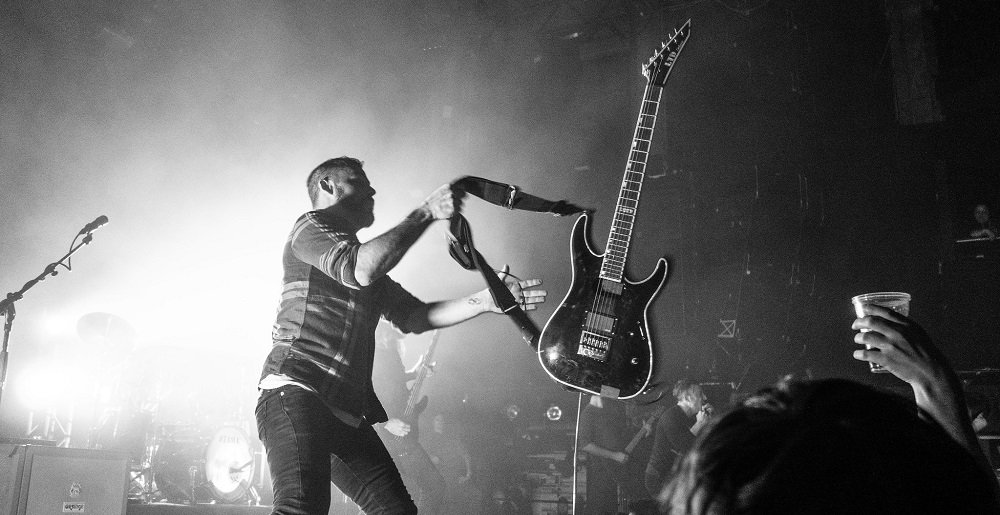 For a brief few moments yesterday, the metal world nearly collectively shit itself when it looked like mathcore titans Dillinger Escape Plan could be coming back. At the time, ex-DEP and current Throughtcrimes drummer Billy Rymer had posted a cryptic video on his Instagram feed that looked like a setlist of the mathcore act’s songs being built for Furnace Fest 2023.

Speculation got whipped up into a frenzy, fans were ecstatic that they’d once again be able to witness the absolutely insane show that DEP used to put on. And then it was over. The video vanished and former guitarist Ben Weinman simply stated on his Facebook page that there was “nothing” in the works and that Rymer “said it was a dream or some shit.”

Just moments ago, Metal Injection was able to get in touch with Weinman personally to get the inside scoop about yesterday’s events. And while he sounded thankful that the band was still on so many peoples’ minds, he once again doused the flames of excitement with a bucket of cold, hard facts.

“I am so glad to see people so excited to talk Dillinger. Really heartwarming. But I can officially confirm that Dillinger Escape Plan will not be playing Furnace Fest. There has been no discussions of a reunion at this time. Apparently, Billy had a dream that we were playing and this was the setlist. He must have eaten before bed again. I told him not to do that.”

To Rymer’s credit, he’s since commented on the post via social media according to Lambgoat, stating that he was doing something he was “feeling in the moment.”

“I posted that story because that’s what I was feeling in the moment. I’m on tour with my friends in Ho99o9 and it ‘s great. We’re kicking ass and playing the same venues Dillinger did years ago, conjuring up old memories. I’m allowed to be nostalgic as well as hopeful. I want to see it happen more than anyone who saw the post. No one should take that as any official announcement, but that’s where I stand on us playing again.”

It’s been five years since the band broke up in 2017 after a trio of farewell shows in New York City. The lineup at the time was Weinman, guitarist Kevin Antreassian, drummer Billy Rymer, bassist Liam Wilson, and vocalist Greg Puciato. Most of those guys have moved on to other projects and there’s been zero rumblings of any kind of return for the band, so that’s certainly why yesterday’s events were so wild.

Who knows? Maybe a crazy ass dream will be just the catalyst to at least get the conversation going again.

Get ready to thumb through some overpriced gems!