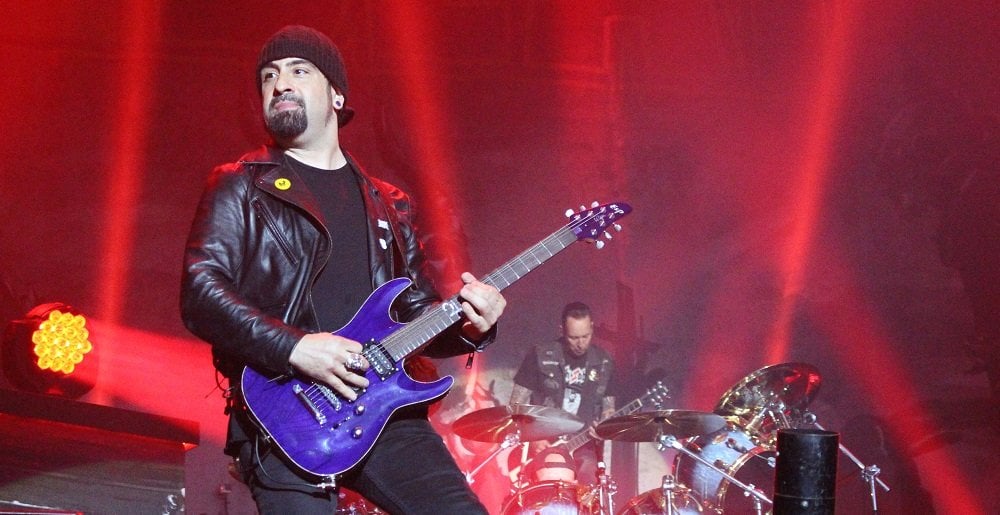 When he left Anthrax in January 2013 to join Volbeat, Rob Caggiano was jumping from one successful band to another. At the time, Anthrax was still riding high off the massive success of Worship Music and the return of Joey Belladonna brought in a new age of Anthrax. So why leave when things were going well?

During a recent “10 Questions” segment with Metalshop TV (as transcribed by Blabbermouth), Caggiano shared his perspective on the decision, explaining that he felt things had just run their course.

“I wasn’t feeling inspired. Don’t get me wrong — I love those guys and I loved every minute of my time with them. It was such an amazing, wild ride. But I just felt like I needed to do something else at that time. And the Volbeat thing just happened, and it was organic, and it felt right. So, here I am.”

This answer is somewhat in line with the previous answer he gave shortly after his departure in 2013, where he said he “just wasn’t happy” being in Anthrax anymore after recording We’ve Come For You All and Worship Music and touring to support both releases.

And while it was a bummer to see him go, it’s great to know that Caggiano’s hitting major stages all over the world in one of the bigger rock groups out there today.

Dude knows a thing or two about the guys in Pantera.

The band is comprised of Anthrax, Shadows Fall, Downpour, and Let Us Prey members.

One of metal’s good guys put out a passion project worth checking out.

Metal Sucks Greatest Hits
0 -
What is the best subgenre of metal?? *please read*
0 -
Iudicia is Your New Favorite Band
0 -
Thirty of the Worst Metal Band Promo Photos of All Time
0 -
Twenty Photos of Mitch Lucker’s Last Days, Taken From His Instagram Account
0 -
Dimebag Darrell’s Grave Desecrated and Robbed by Shitty Local Band
0 -
That Time Shaun Got Drunk and Filmed a Music Video with His Cat