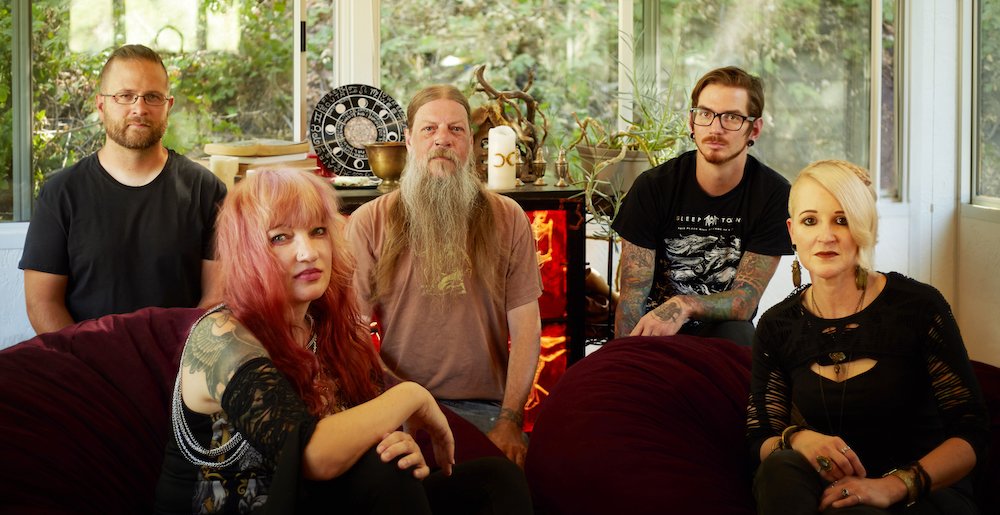 Watch: The Otolith Get Existential with “Andromeda’s Wing” Video

The heavy music world was worse off when SubRosa went into a state of hiatus, citing the desire to put the members’ creative energy elsewhere. As it works out, four of the members of SubRosa—everyone except guitarist and lead vocalist Rebecca Vernon—formed The Otolith, picking up where SubRosa left off with the thrilling debut, Folium Limina.

At once extremely heavy and tear-jerkingly beautiful, Folium Limina is a hell of a first record. The Otolith have mastered a push-and-pull dynamic, moving from heavy to soft and back with expert levels of control. The album has been out for about a month now and it has yet to leave my heavy rotation, so it’s with great pleasure that MetalSucks gives you the new video for “Andromeda’s Wing,” Folium Limina‘s second track.

Filmed in the band’s rehearsal space, the video for “Andromeda’s Wing” is a relatively simple one that allows the listener to focus on the deeper meaning behind the music. Vocalist and violinist Sarah Pendleton explains:

“We wrote this song in Levi’s [Hanna, guitar] basement during the winter, huddled in a circle of chairs next to his computer and his pinball machine. It came together over a couple of weeks, and at one point, Kim [Cordray, violin/vocals] had a beautiful idea for an outro vocal melody, and some lyrics. Then I connected her idea with these recurring dreams I have about aliens. After that the lyrics sort of tumbled out. The protagonist is sleepwalking in the deep countryside, passing by nocturnal animals who watch as she journeys. She has the feeling of leaving her body and looking down at herself in the road. She comes to a natural spring and speaks with alien visitors about what can be done to slow the destruction of the planet.”

You can check out the official video for “Andromeda’s Wing” below. Folium Limina is out now on Blues Funeral.