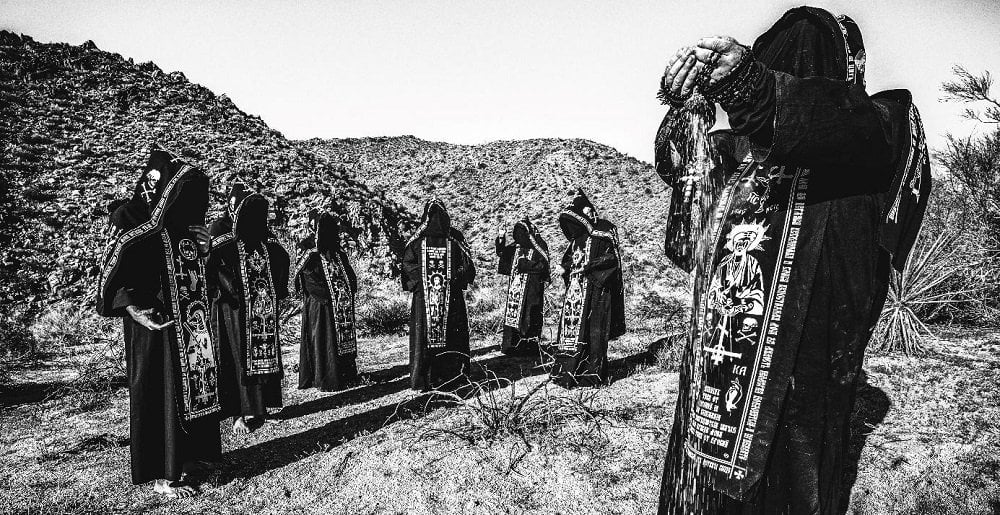 (Editor’s note: The copy has been adjusted to clear up any confusion. Napalm Records signed the Krysiuk version of Batushka.)

Black metal band Batushka (the one with Bartłomiej Krysiuk) announced a major milestone earlier today, as the band now has a worldwide contract with Napalm Records and is set to go on an European tour next year.

We’re happy to announce that we’ve signed up with Napalm Records for the release of our upcoming new album. We have a mutual understanding regarding the telling of this new story and spreading the gospel of BATUSHKA around the globe. Be on the lookout for our new album, and get ready to experience BATUSHKA in all the corners of the world!

After traveling through North America and Mexico for our first long pilgrimage over there, we dare to say that this tour reaches far beyond our wildest expectations! We were surprised and humbled by the reception! We already know that we will return to stages around the globe as soon as possible – not only with a new show, but also with new songs and a new story.

Apart from that, with blessing – BATUSHKA”

Just as the band alluded to in their statement, this is a huge step for a black metal band, since the label can now invest in them moving forward. Napalm Records A&R manager Sebastian Münch said the addition of Batushka to the label’s roster was a natural step, given the label’s more than three decades of support for black metal in general.

“BATUSHKA are undoubtedly one of the most creative and innovative black metal bands in recent years. We had the pleasure of welcoming BATUSHKA live at this year’s edition of the Metal On The Hill Festival in Graz, Austria, and were immediately impressed by the band as a brilliant live act and great entertainers. I am super excited to be a part of the release of the new studio album next year. Welcome to the Napalm family.”

In addition to their joining Napalm Records, Batushka announced that they will be embarking on an European tour with Hate in tow. Other supporting acts will be announced at a later date. The tour will start in Apeldoorn on February 16 and end in Trier on March 5. You can check out the full list dates below.

Worst Week Ever 0
Dave Mustaine Tells Dino Cazares To Make Him a Sandwich, Ted Nugent Helps Spread COVID-19, and More Stories You May Have Missed This Week
May 7th, 2021 at 5:00pm MetalSucks

Belphegor are taking out the fake version of Batushka on tour, and their fans are PISSED.

Metal Sucks Greatest Hits
0 -
That Time Shaun Got Drunk and Filmed a Music Video with His Cat
30 -
Exclusive: Burzum Launches Clothing Line
2860 -
What is the Best Christian Metal/Hardcore Band???? [you’re moshing 4 Christ]
3220 -
What is UR Favorite Classic Nu-Metal Band??
1220 -
MetalSucks Exclusive: One Year Later, Peter Steele’s People Speak About His Life, His Music, and His Last Days
0 -
Type O Negative’s Peter Steele Once Punched Chino Moreno In The Face for Inciting an Onstage Riot