Metal Sucks
Metal Sucks Babymetal will Have a ‘Silent Mosh Pit’ at... Listen Up, Bruther. Ozzy Was Featured in the Opening Clip...
- Tweet SHARE
Enlarge
News 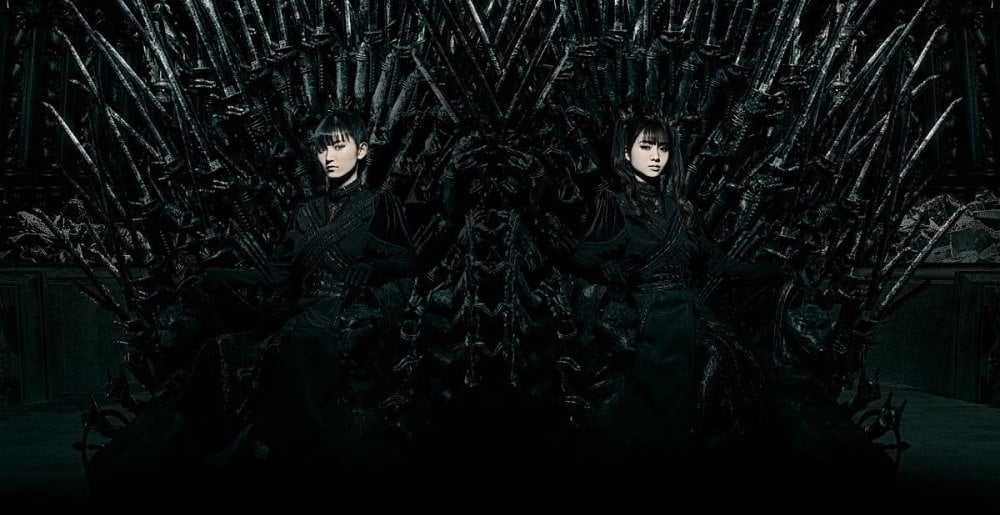 Babymetal will Have a ‘Silent Mosh Pit’ at Future Shows

Babymetal made an announcement last week that when their headlining shows start back up in January, there will be what they are calling a “silent mosh’sh pit” at their shows for those who need it.

Specifically, the band are asking fans to “please refrain from activities such as shouting, cheering, talking loudly, or any other behavior that may be an inconvenience to other customers” in those areas.

They are calling this new area for fans “a designated area for those who have small children, who are not confident in their physical strength, etc.”

The band released a statement on social media about this new policy. Those in attendance will also be required to wear a mandatory ‘Saviour Mask’ for the duration of the gigs.

“On the day of BABYMETAL RETURNS – THE OTHER ONE – performance, you will be provided a Savior Mask during admission. This Savior Mask is the official dress code for the show and you will be required to wear it on top of your own mask upon entering the venue and throughout the entire show. Wearing the Savior Mask will be mandatory up to when you exit the venue after the performance has ended. Please note in advance that those who do not comply to these rules will be asked to leave.

“We have set aside an area called SILENT MOSH’SH PIT (standing area) which is a designated area for those who have small children, who are not confident in their physical strength, etc.

They explain that the area will be a place to stay quiet, and that these rules are in line with COVID regulations.

“Please refrain from activities such as shouting, cheering, talking loudly, or any other behavior that may be an inconvenience to other customers.

While some might find the idea of a low-stimulation area at a metal show ridiculous, many neurodivergent folks find refuge in metal, but are triggered by things like yelling and pushing in the crowd, traditional moshing, and loud clapping. Others may have disabilities that make being a part of the crowd at metal shows difficult.

Babymetal will release their new album, The Other One, on March 24.

Sponsored Links from Across the Internet
Show Comments
Related Articles
New Stuff 0
Babymetal Unleash a “Divine Attack” as Their First Single from The Other One
October 20th, 2022 at 12:44pm Hesher Keenan

Japanese pop metal and power metal songs about war – a match made in hell.

Metal Sucks Greatest Hits
1220 -
MetalSucks Exclusive: One Year Later, Peter Steele’s People Speak About His Life, His Music, and His Last Days
0 -
Ex-Attack Attack! Vocalist Caleb Shomo is Smarter than John Holgado
0 -
It’s Official: There is Too Much Slayer Merchandise
0 -
So As it Turns Out, Banging Your Head a Bunch Can Be Bad for Your Brain
0 -
Carcass’ Swansong: A Newbie’s Retrospective Review
0 -
If You Like Bass Dogs, You’ll LOVE Drum Fish