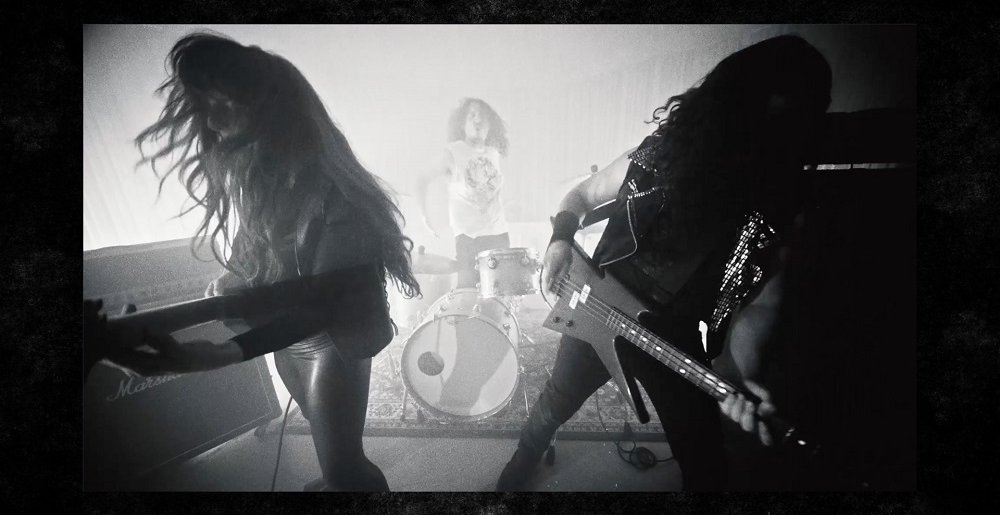 Last week, we shared a kick ass track from thrash metal soccer hooligans Group of Death. Well, they’re back this week with another scorcher of a track, this time aiming their sights on the human rights violations that we often see whenever FIFA gets to hosting their international soccer tournament.

The song, titled “Field of Screams,” is a brutal takedown of the loss of human life that went into the 2022 FIFA World Cup games in Qatar. As you may or may not know, the tournament is currently in full swing and while the games have mostly gone on without a hitch, it’s not been without controversy. We already know how corrupt FIFA is as an organization, so any other bullshit linked to the tournament is nothing new.

For Group of Death, which is actually the San Diego, California-based thrash outfit Beekeeper, this is their third of four tracks commemorating the worldwide event. The first two, “The Cup Is Not Coming Home” and “Black World Cup Winter” also take an acerbic look at the tournament, with the former feeling extra humorous now that the U.S. only managed to tie with England with a final score of 0-0.

Released in collaboration with our friends at the soccer magazine Howler, “Field of Screams” is part of an ongoing fundraising effort to help the Soccer Without Borders’ All-Girls Program. Funds are being raised through the sale of an exclusive Group of Death t-shirt.

So check out the songs below, buy a Group of Death shirt, and check out Beekeeper’s Bandcamp page. It’s all for a good cause.

Sponsored Links from Across the Internet
Show Comments
Related Articles
New Stuff 0
Group of Death Smash England with Their Thrash Song Based on the World Cup
November 23rd, 2022 at 12:46pm Hesher Keenan

Doesn’t matter what we’re talking about, the USA has to beat England.