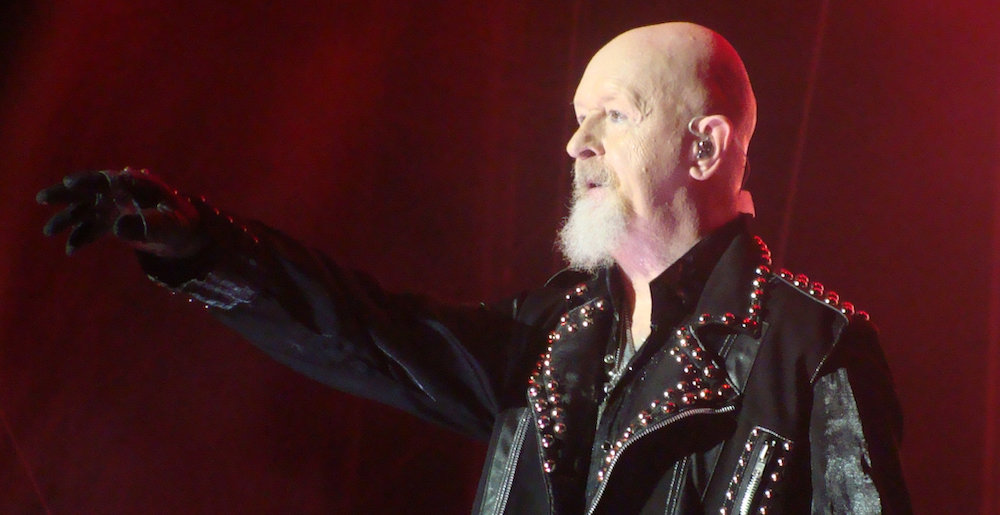 Halford by RavenBoy13 via Wikipedia.

Releasing a late-career album as a legacy metal band is hard—lineups change, age catches up, people get comfortable and, when it is good, fans don’t always want to hear new material. That wasn’t the case for Judas Priest when they released an album that stands next to their best with 2018’s Firepower.

The general critical and public consensus was that Firepower fucking ruled, one of the best albums Judas Priest had made in 25 years. The band felt the strength of the reaction and considered whether or not their 19th album should be their swan song. Singer Rob Halford told the Corpus Christi Caller Times that, ultimately, it just raised the bar for the NWOBHM vets.

“[Firepower] was so well-received and critically acclaimed. It was kind of like, ‘Is that it? Should we leave it there? Should we leave the party now?’ But that record, along with the reception from our friends and in the industry, gave us even more energy and more determination to make another Priest album. And make one that’s a strong piece of work to come after Firepower.”

Earlier in the interview, Halford also discussed where Judas Priest find inspiration for their albums, including their upcoming one.

“We never really know. I don’t think we’ve ever made a plan, per se. We did a little bit with Firepower because we wanted to explore our other classic elements with Priest. I think the only other time where we had a kind of blueprint was Painkiller. We wanted Painkiller to reinforce the ferocious metal power this band possesses. Besides those two, everything is just whatever happens. We get together, as we have done for all these albums, we meet at a studio, everyone brings their ideas — some days we start with nothing — and then we end up with a song that will live forever. It’s just joyous. We always try to make an album that stands alone.”

Judas Priest’s approach for Painkiller and Firepower clearly works, because those two records are the best post-’80s releases from the band. We know Judas Priest are getting close to finishing up their new record, so we’ll see where that ranks soon. Their tour with Queensrÿche wraps up tonight in Houston at 713 Music Hall.