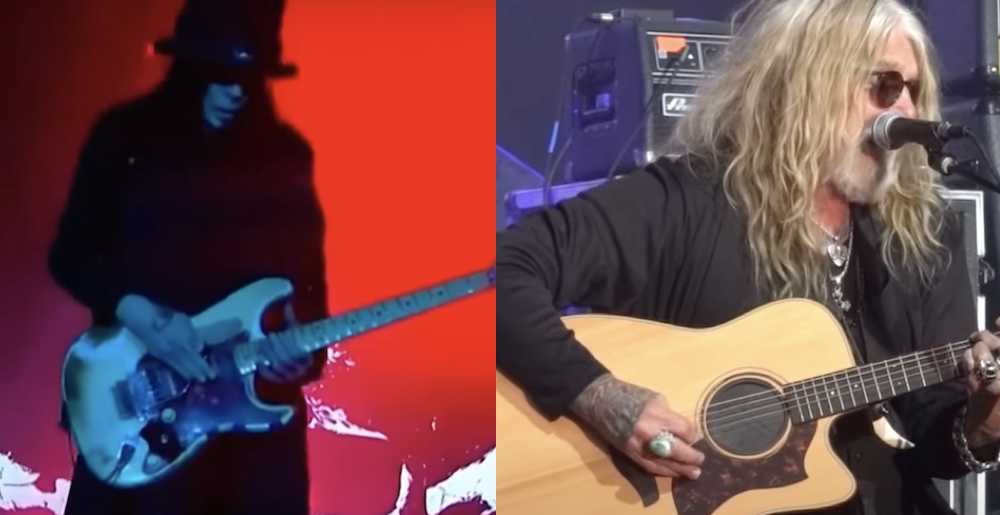 Former Mötley Crüe singer John Corabi, who was a member of the band from 1992 to 1997, thinks that the band isn’t being honest in the statement put out regarding Mick Mars‘ retirement from touring and his successor, John 5. On the Life in the Stocks podcast (via Blabbermouth), he told the interviewer he was waiting for further information from Mars himself:

“I do [have an opinion]. I will just say this: I know John [5] as well. He’s a brilliant — and I cannot say ‘brilliant’ loud enough — he’s a brilliant guitar player and a great dude. But the verdict for me is out until I hear a statement from Mick. The statement that we heard was put together by Mötley and their people. And I’m not totally sure I believe what they’re saying. So I’ll just leave it at that.”

Mars’ long struggle with degenerative condition ankylosing spondylitis—a form of arthritis that causes inflammation and stiffness in the spine—is well-documented, something you’d assume Corabi knows because he spent four years in Mötley Crüe. He continued his thoughts:

“I don’t totally believe Mick’s reasons for leaving Mötley. And I don’t even know if he left Mötley. I believe maybe he was shown the door. Because as long as I can remember… Fuck, when we were doing the Generation Swine record, they were complaining about his guitar playing then. And if you really look at all of the records they’ve done since then… The majority of the guitars on the Swine record, which is one of the reasons why I sued the guys, are mine. They were complaining about Mick the whole fucking time. And I don’t know if he played on New Tattoo — I’m not sure — but I know on Red, White & Crüe, it was D.J. Ashba; on Saints Of Los Angeles, it was D.J. Ashba; and on The Dirt, it was John 5.

“I don’t know. I could be totally wrong about this, so don’t run around and fucking, whatever, put it in print yet, but I’m just saying I’m waiting for Mick’s response. The one that we’ve all heard came from Mötley and their management.”

Corabi also thinks Mars and his wife are being strange.

“Because since that announcement came out, I’ve reached out to Mick and his wife a few times,” he said. “And Mick hasn’t responded at all. And I sent [his wife] — she’s from Switzerland — so when I was there last week, I sent some photos of the Alps — I was in the Alps — and I wrote to her, and I said, ‘Hey, I’m in your motherland.’ And she wrote back. Then I came back, and I was, like, ‘Hey, man, how’s Mick?’ And she goes, ‘He’s fine.’ [And I said], ‘Hey, what’s going on?’ Crickets. So that’s kind of unusual behavior for Mick and [his wife]; they would normally [be] just, like, ‘Yeah, dude. Everything’s cool. Whatever.’”

The singer also took the liberty of guessing why Mars might have been forcibly ousted from the band.

“I don’t know if he’s embarrassed or he’s maybe… Who knows? Maybe he’s angry and maybe he’s being told not to say anything to anybody. Maybe there’s gonna be a lawsuit. I don’t know. But I just know how those guys operate, and I would not be surprised if they didn’t say, ‘Mick, look. You’re in pain. We’ve got John 5. We’re gonna bring him in.’ Maybe throw him a bone — like every time they tour, throw him some money — but ‘we’re gonna move forward with this guy.’ It wouldn’t surprise me.”

Maybe he was just tired of hearing Vince sing. The Crüe love a public feud, so I’m sure we’ll hear from Tommy Lee or Nikki Sixx soon.