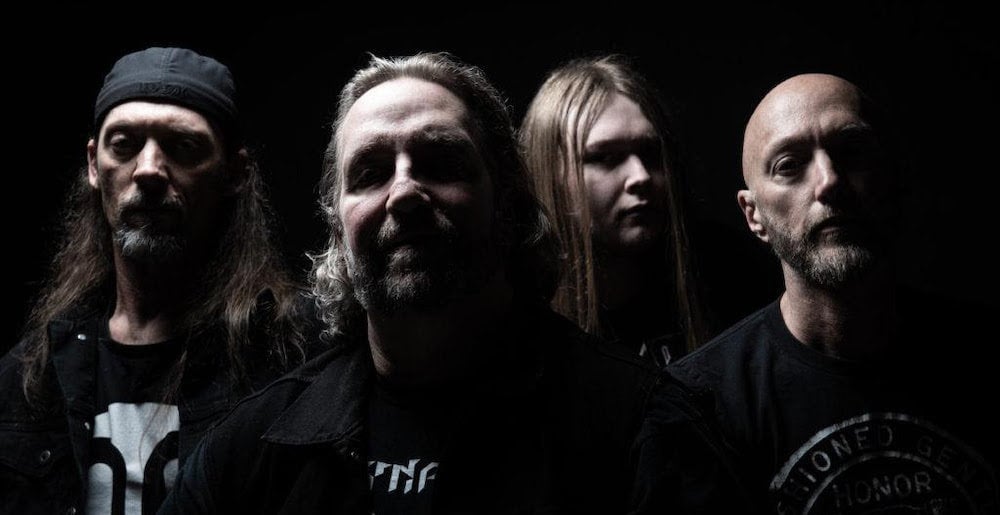 Sacred Reich to Record a New Album Next Year

Thrash metal icons Sacred Reich are heading back into the studio next year to record their follow up to 2019’s Awakening.

While speaking with Ireland’s Overdrive (as transcribed by Blabbermouth), frontman Phil Rind was asked directly about whether the band was working on new material. While he could have kept that information close to the chest, he decided to spill the beans.

“We probably have four to five to nine new songs in the works, and we actually were looking into booking a studio to record, but things didn’t work out that way. We’re excited to finish up [our European] tour [with Sepultura], and then I’m guessing that in 2023 we’ll eventually get back into the studio and start recording a new album.”

So there ya have it. A lot of bullshit has happened politically since we last had a Sacred Reich album, so they’re sure to have enough ammunition to put out a scathing piece of music.

As for the band’s return after more than 20 years away from music, Rind said the most interesting part was writing the new material and seeing how fans reacted to Awakening.

“It’s interesting because being in a band, playing the old stuff night after night, that’s fine, but being able to bring in new material that slots in so nicely alongside the older tunes… well, that really gave us a shot of adrenaline. Since then, we’ve become more of a forward-thinking band. We have new stuff to play, and as the tour , it was really fascinating to see the music grow with the audience night after night. That was a real eye-opener for us, and it also felt really good. That was back in 2019 when we went out as headliners for a bunch of U.K./European shows. Having our new material make that connection with people, that was just insane to see. I’d not experienced that feeling in decades prior to that tour. That whole tour really changed our focus as a band.”

I don’t know about you, but I’m insanely stoked for new Sacred Reich, since that means new jams from a classic thrash outfit and very likely a brand new tour with dates all over the place. Any chance for new thrash metal is a good thing in my book.

Sponsored Links from Across the Internet
Show Comments
Related Articles
Public Service Announcement 0
Look Out, Sin City! Sacred Reich Will Tear It Up This Saturday for Metal Blade’s 40th
September 15th, 2022 at 9:02am Hesher Keenan

Doors open at 8 p.m. and tickets are available right now.

Some thrash metal goodness for your Sunday afternoon.

You can almost smell the crowd looking at these photos.

Metal Sucks Greatest Hits
0 -
Danny Worsnop is a Good Writer
0 -
For $16,000, Ted Nugent Will Stay the F*ck Away From Your Town
0 -
Why are metal fans hopelessly stuck in the past??? :(
0 -
Elvira Defends Rob Zombie’s Munsters Casting: “Sheri Is Freaking Adorable as Lily Munster”
0 -
Dave Mustaine Mourns the Loss of Twinkies, Endorses Secession
1860 -
The Top 25 Modern Metal Guitarists: The Entire List in One Place