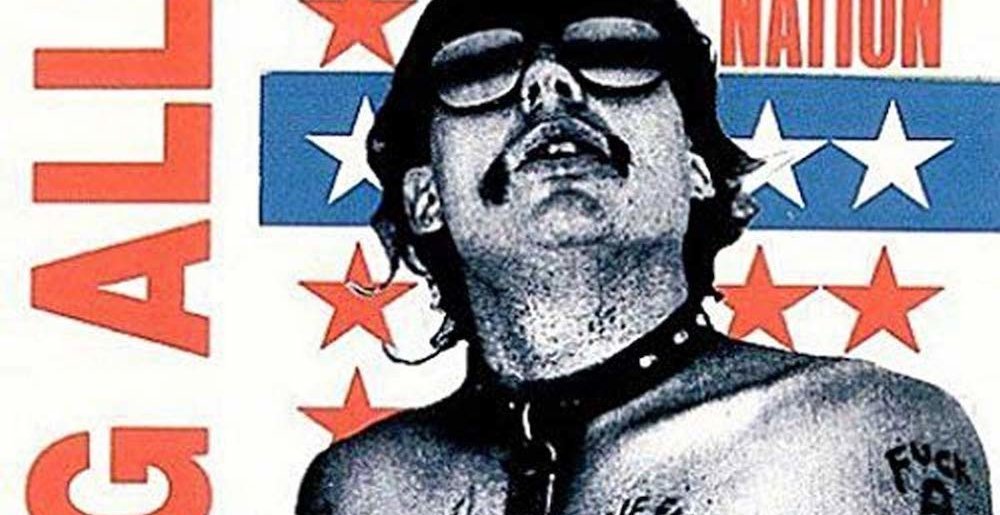 Get Ready for the GG Allin Biopic

The most infamous of public figures is about to get his own biopic. GG Allin: Live. Fast. Die. will dive into all the dark corners of his legacy and then some, giving the viewer a full show.

Whether you’re a fan or a hater, this movie is sure to bring you all the gory details of his life and career, especially since it’s coming from Jonas Åkerlund, formerly of Bathory drummer fame, also well known as a music video producer and the man behind the adaptation of black metal true horror story Lords Of Chaos for screen.

Considering how violent Lords of Chaos was, and the fact that Alllin was made famous by his self-mutilation, on-stage deification, and other violent and extreme acts, we have a pretty strong feeling this won’t be one for the faint of heart.

The Hollywood Reporter dropped the news, noting that Åkerlund has also produced music videos for the likes of Metallica, Madonna, Lady Gaga, and Ozzy Osbourne, as well as feature films including Spun, Polar, and of course Lords Of Chaos. His career has been both edgy and prolific so far.

The biopic will be produced by Angry Films’ Don Murphy and Susan Monford for the MVD Entertainment Group, as Murphy and Monford have acquired the film rights for GG Allin’s life and career. The film’s script will be written by Richard Schenkman (Zombie Night, The Man From Earth: Holoscene).

“This is exactly the type of real and raw story I am looking for and this film explores the ugly belly of the beast and how Kevin Allin came to be GG,” Åkerlund states. “Punk was already a genre about pushing limits, expanding on musical genres and the definition of artistic expression. At a time when punk was thought to be dead, sold out or too raw to survive, GG came into the scene bleeding, pissing, and sinking like no punk before. Live. Fast. Die. is about a sick person who should have asked for help. GG’s strong persona was a gift, but this borderline personality disorder was not treated, and killed him.”

There are many schools of thought on GG Allin, from regarding him a a creative genius to being offended by his non-PC antics and cancelling him, to think he is just plain dumb. Allin passed away from a heroin overdone in 1993, but his legacy continues to live on, for better or for worse. Stay tuned for more announcements on the film as the project progresses.

Metal Sucks Greatest Hits
0 -
This Very Fat Cat is The Best at Metal Drums
0 -
Science Explains How Metal Singers are Able to Scream Without Damaging Their Vocal Cords
0 -
Worst Year Ever: All of Our 2012 Year-End Sh*t in One Place
0 -
Has Moshing Turned Into a Form of Bullying?
690 -
Let’s Argue About Iron Maiden Album Art
3220 -
What is UR Favorite Classic Nu-Metal Band??