Metal Sucks
Metal Sucks In Flames on the Re-Evolution of Their Sound Live Roadrunner United Release Highlights the Best of the...
- Tweet SHARE
Enlarge
Interviews 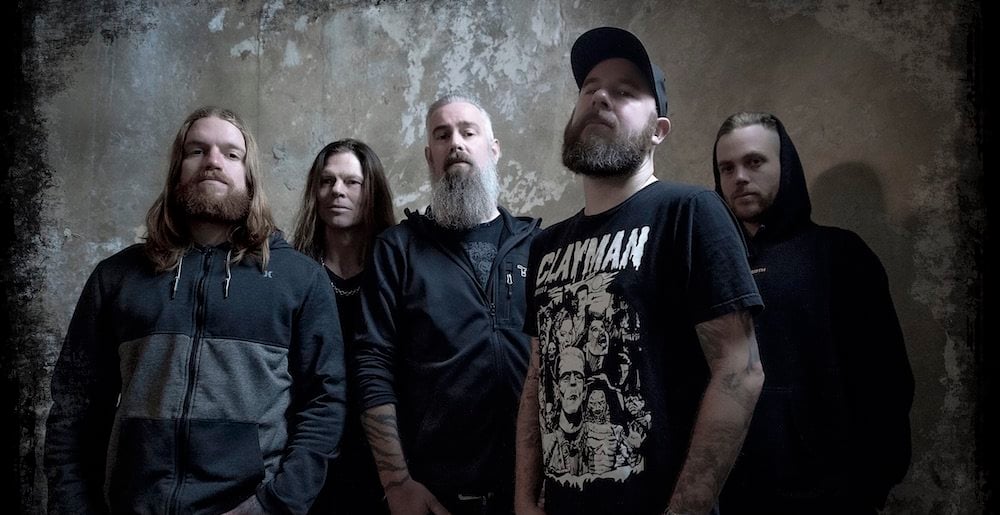 In Flames on the Re-Evolution of Their Sound

A band that needs no introduction, In Flames have been making heavy, melodic music since the early 90s, one of the bands that helped pioneer the melodic death metal genre. In the 2010s, their sound changed, and they began leaning in a more nu metal, electro-influenced direction.

Not surprisingly, many in the metal realm were quick to troll this decision, wanting the band to stick to their melodic roots. Well, those trolls are in luck, as their new record, Forgone, out February 10 via Nuclear Blast, to the dedicated fan, sounds more like their old material.

But vocalist Anders Fridén begs to differ—From his point of view, the band are merely continuing on in their storied career and doing what comes naturally. We talked to him about the new record and their place in today’s music landscape.

Can you tell me a little bit about the new record and the process behind it? To me, it sounds like a bit of a return to their older sound and some classic stuff. Can you talk about how that came about?

With the pandemic and being locked in our houses for a while, following years of being part of a band and a crew surrounded by fans and bands, and then all of a sudden, you’re own your own. It was weird and frustrating and made me realize how much I cherish this, having fans and traveling the world, playing songs for people. Every show was really special, and all of a sudden, it was gone. Everything was gone.

Then we started talking about this album. We were frustrated and annoyed about the situation of the world because we were hoping everyone would take a breather and be nicer to each other, but it seemed like the opposite was happening. We decided early on we wanted a lot of guitars up front and to focus a lot on the production. We approached the songwriting the same way we always do, but then a lot of things just happened, and the songs and the album turn out a certain way.

With what you said about the sound, I don’t like to throw things around like going back to doing this or that, because every step is important; every album is important. To me, it’s another album, but if to others, it seems like like a return to something else, that’s cool.

I think maybe a better way to characterize it, because I’ve been a fan since middle school, early high school, it reminds me of albums like Colony and Clayman. So maybe not necessarily a return to that, but honoring those roots. I’ve noticed that in metal right now, people are really digging the old-school influence, so I wanted to know if that had anything to do with it.

I don’t give a fuck about trends, to be honest. Don’t get me wrong; it’s amazing to me that people enjoy what we’re doing, but when it comes to trends, they go away so fast, and if you try to catch a trend, it might already be gone, and then you’re not trendy anymore, so fuck that.

But with what you said, I like that people appreciate the history. We’re living in a world where everything is consumed so fast, eaten, spit out, and forgotten. People give music, like, 30 seconds on Spotify before they judge the whole fucking catalogue. There is so much amazing music that we’ve made that never really got the spotlight. I’m very proud of our history.

What was the writing process like for this album due to COVID?
We usually record our albums in LA, which is a nice way to really focus on the music 24/7. You can wake up in the middle of the night and work on music without waking up your family. So when we were allowed to come back to America, we went for three weeks in November of last year. We brought some recording equipment and started jamming back and forth because we hadn’t been in a room together for quite some time.

I would say it took a week to get into the right groove, and the first ideas were not the greatest, but the next few weeks, we got some really good writing done and then went home for Christmas, New Years, and then went back to LA and wrote and recorded the rest of the album in February and March, with extended mixing after that.

There’s still a bit of time until the record comes out—What are you most excited about when it comes to having it out in the world?

It has been amazing to be able to play some of the new songs already. The fans have been singing the words back to us and making this album their favorite. I’m just so proud of all the songs. Ultimately, we do this so we can get out on the road and meet our fans. It’s great to get to throw some new stuff into all of our sets as well.

How amazing has it been to get back out there and tour and play music after all this time away from it?

It’s been wonderful being back with all the people, our family and friends, the fans, everything. We’re not taking things for granted anymore. I think we played more old stuff on this tour than we’ve ever done. Even though it’s difficult to tour right now, like actually difficult to get busses and trucks and things like that because everyone is touring, it’s been so rewarding to be back on the road.

In Flames’ next album, Forgone, will be released on February 10 via Nuclear Blast, though you can preorder a copy today.

Sponsored Links from Across the Internet
Show Comments
Related Articles
Interviews 0
Goatwhore’s Sammy Duet on the New Record, Surviving 25 Years of Metal, and Recording in a Swamp
October 5th, 2022 at 2:13pm Mandy Scythe

Goatwhore’s Sammy Duet shares his thoughts on the new record and achieving longevity in the metal world.

Metal Sucks Greatest Hits
0 -
What in the Mother of F*CK Did I Just Watch???
0 -
Why There Will Never Be Another Metal Band as Big as Metallica
0 -
Heavy Metal Kitten Covers
300 -
Sebastian Bach: The MetalSucks Interview
0 -
Watch an Old Lady Rock Out to AC/DC’s “Highway to Hell”
0 -
Has Moshing Turned Into a Form of Bullying?