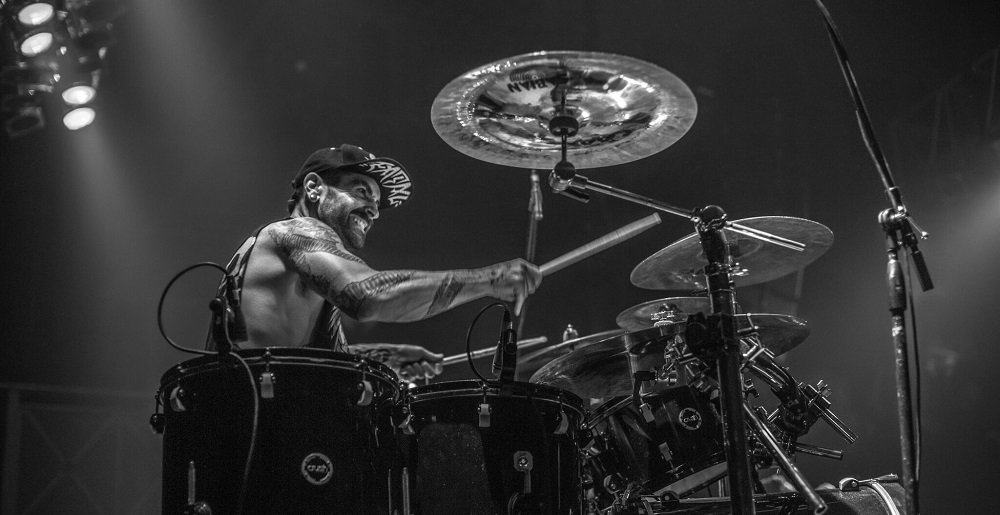 DevilDriver is saying goodbye to its long-time drummer Austin D’Amond as he steps away to pursue an opportunity to help people struggling with addition. According to a statement from the band posted on social media just hours ago, the rest of DevilDriver are proud of D’Amond and stand by his decision to pursue this new avenue in his life.

“Uplifting news here, always sad to part with a brother, but in this case we could not be more proud… Austin D’Amond has been offered a very lucrative spot at his sobriety clinic to head up the program, helping to get people sober, and we are very proud of the steps he’s taken in his own life to get sober and also to help others with their struggles.”

D’Amond’s been sober since 2017 and since then he’s been an advocate for helping people achieve sobriety themselves. As the head of a sobriety clinic, he’ll be able to take a more hands on approach at helping guide people away from their addictions and into a cleaner life.

DevilDriver frontman Dez Fafara said he was happy for D’Amond and the path he’s chosen.

“Working with Austin was fun, but I’m very glad for the next chapter of his life where he will be helping people.

“Sad to see him go, but as he steps away from touring, he’s bettering his life and the lives of others — so Austin, we salute you!”

Along with his now former bandmates, D’Amond (also ex-Chimaira) said he would always remember his time as a member of the band since 2015.

“I’m very grateful for my time playing for DevilDriver and the experience was priceless. These friendships will last forever, and I have nothing but love for all my brothers. I wish them many more years of giving the fans the most necessary SHRED!!!”

To fill the vacancy left by D’Amond, DevilDriver announced that they’ve recruited Davier Pérez, of Great American Ghost. While Fafara said he “knew he was our guy,” Pérez said he was looking forward to getting started with the band in earnest.

“To say that I’m honored to be part of the DevilDriver family is an understatement!”