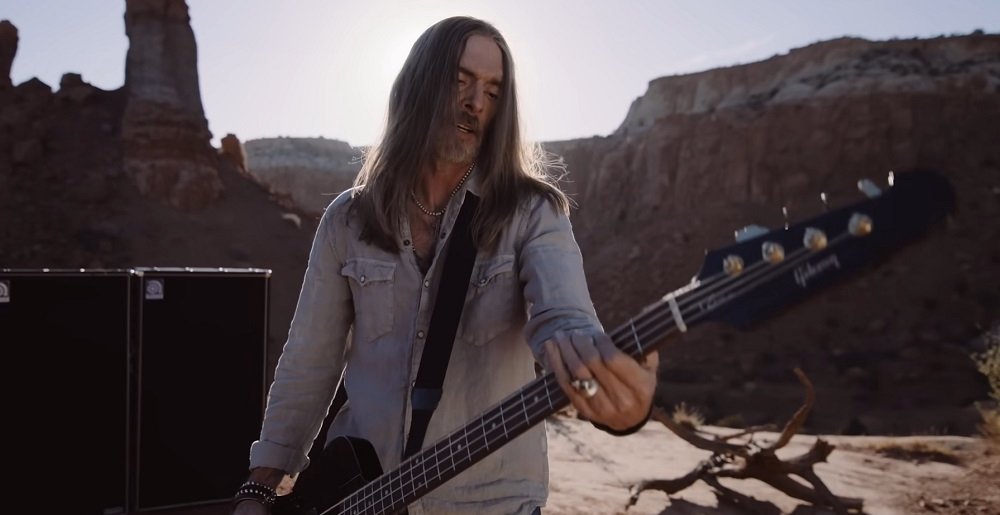 And then there was one. During Pantera‘s set at Knotfest Chile in Santiago yesterday, frontman Phil Anselmo took the stage as the sole surviving member of the legendary groove metal outfit. Bassist Rex Brown, the only other actual remaining member of Pantera, will reportedly have to sit out the remainder of the band’s South American shows.

According to an official statement from the Knotfest Chile organizers, “health problems” were to blame for Brown’s unexpected absence from the lineup. A report by a local radio station Futuro suggested that the health issue in question was COVID-19 and that the bassist had been flown back to the U.S. from Bogotá, Colombia where the band played on Friday to quarantine and recover. As a result, the radio station reported that Brown will very likely miss the remainder of Pantera’s South American shows.

Rather than let Brown’s absence derail Pantera’s plans, Cattle Decapitation bassist Derek Engemann was tapped to fill in the vacant spot. Engemann regularly plays Pantera covers in Phil Anselmo’s side project Philip H. Anselmo & The Illegals, so the addition was seamless when they took the stage yesterday. He’s likely expected to finish out the rest of this run of dates.

Pantera has three more dates on this run, with another show in Santiago tonight, followed by two shows in São Paulo, Brazil on Thursday and Sunday.

As an outside spectator on this whole thing, it seems like this initial run of Pantera shows was largely a success. With Zakk Wylde standing in for the irreplaceable Dimebag Darrell and Charlie Benante getting behind the kit for the late Vinnie Paul, fans have been seen losing their minds over hearing these songs live. Had it not been for the estates of both Abbott brothers giving this whole thing the green light — despite Vinnie Paul’s long-held assertion that Phil was to blame for Dimebag’s death — this whole experiment might not have even happened.

Still, we’re hoping Rex gets a quick recovery from COVID, gets some rest, and prepares for Pantera’s next slate of dates next May. You can check out footage from last night’s show with Engemann on bass below.

Metal Sucks Greatest Hits
0 -
Two Eleven-Year-Olds from Brooklyn Start a Metal Band, Awesomeness Ensues
0 -
The 110% Totally True Confessions of a Left-Wing Conspirator
0 -
Ministry’s Al Jourgensen: “I Got Paid to Humiliate Fred Durst”
0 -
Give a Heavy Metal Valentine’s Day Card to Someone You Love
0 -
So As it Turns Out, Banging Your Head a Bunch Can Be Bad for Your Brain
0 -
Exclusive Interview: John Baizley of Baroness on the Bus Crash, Recovery and the Future