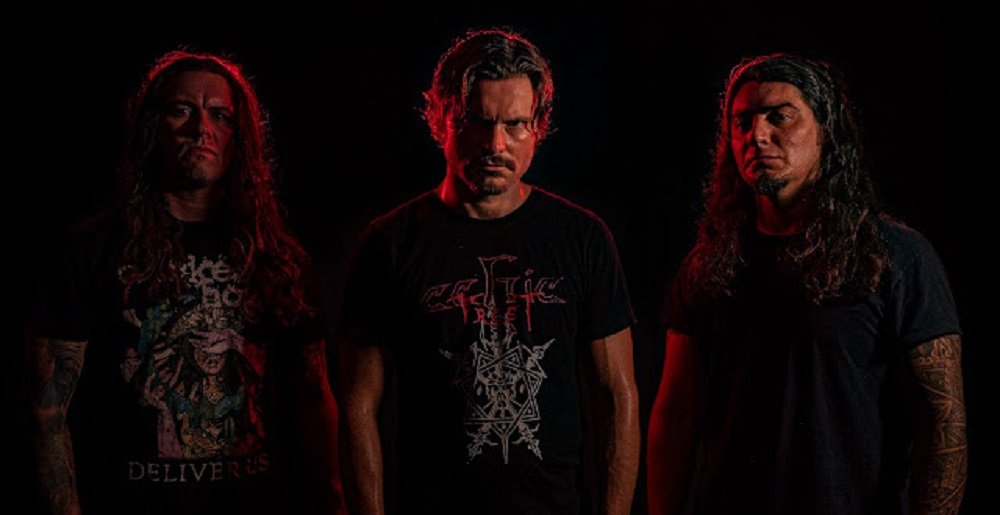 I’m sorry, but you’re going to have to call your healthcare provider for this one. Turbid North’s latest music video for “Patients” is fucking heavy and your doctor needs to request that sort of treatment before your insurance will pay part of the bill. It’s all right there in your plan.

But if you are cleared, then you absolutely have to check out this new single and music video from the Alaska-turned-Texas-based band. Deep in the swirling maelstrom of Turbid North’s sound lies a message about mental illness and the violent tendencies that may crop up as a result.

Frontman Nick Forkel, who also makes the band’s music videos, said a very influential film served as the cultural touchstone for the song.

“’Patients’ is about mental health. This one deals with more of the violent end of that spectrum. Very much influenced by ‘A Clockwork Orange’ when coming up with the lyrics and visuals.

“Patients” will be featured on the trio’s forthcoming album The Decline, which will be released on January 20, 2023, though preorders are available today.