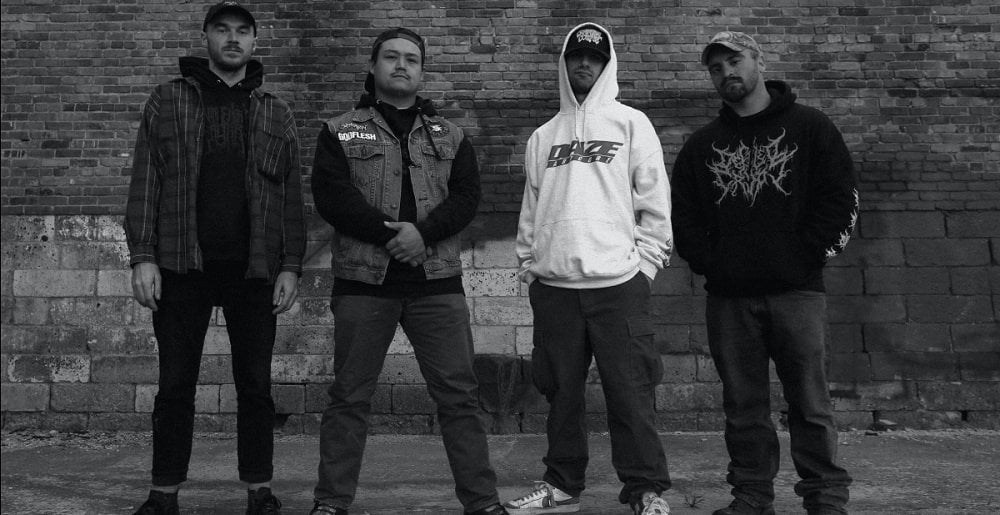 Sanguisugabogg Pay Tribute to Their Fans in the “Necrosexual Deviant” Video

The pandemic lockdowns back in 2020 sucked a lot of ass for everyone involved, but musicians were one of the many groups of people that suffered as a direct result. Unable to take their devastatingly heavy music to the world, Ohio-based Sanguisugabogg were left waiting for a bit of normalcy to come around before they could once again crush everything in their wake.

With things (largely) back to normal, minus the whole “the pandemic is still here but we’re just gonna ignore it, I guess” vibe, Sanguisugabogg just released the first song they wrote once lockdowns and restrictions were lifted. A happy little number called “Necrosexual Deviant.”

According to the band, “Necrosexual Deviant” was the first track they wrote as things started to ease up. With their eyes focused on the road ahead, the band says it only made sense to make this song one of the singles off their forth coming album, Homicidal Ecstasy.

“We recorded this song last year after lockdowns were lifted and we were gearing up for our long year of touring. This is the first song we wrote and played with our current lineup. We thought there’d be no better way to showcase it than a video showing our local scene and cameos from our friends going absolutely apeshit! Our fans have been waiting for this one to drop, so this is for y’all.”

As you’ll see in the video below, that’s exactly what you get. Fans of the band banging their heads, throwing up the horns, and stage diving while Sanguisugabogg brings the sonic pain.

Along with a video that showcases just how awesome their live shows look, the band also announced they’ll be going on a short four-day tour in their proverbial back yard, with shows in Michigan, Indiana, and Ohio. They’ll be touring along with Internal Bleeding, Year of the Knife, and Vomit Forth, with some shows getting extra special guests Mutilatred, Volcano, and Tomb Sentinel.

Tickets are on sale today. Homicidal Ecstasy is slated for a February 3, 2023 release via Century Media, though you can preorder your copy today.