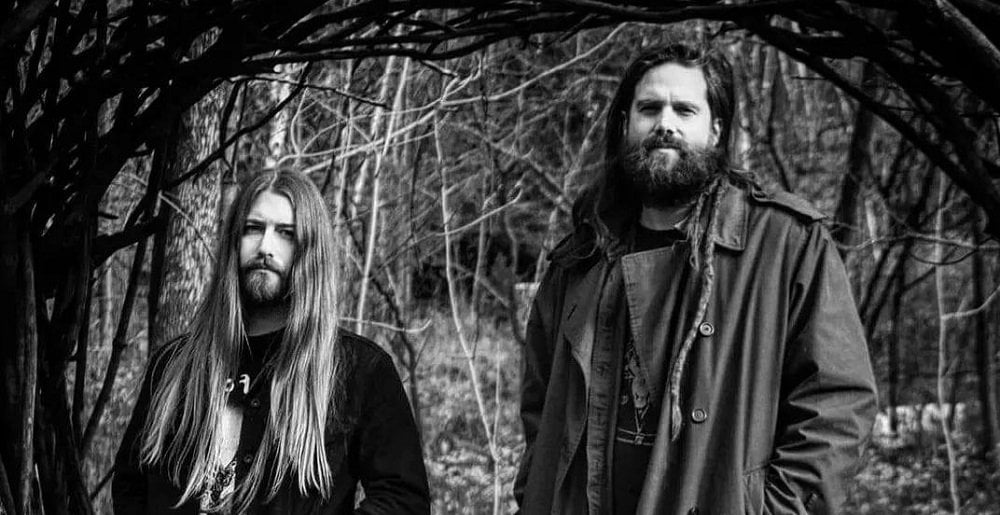 The black metal scene in Quebec is too vast to be contained in one list of 10 bands. Last time, we looked at a few of the definitive bands in the scene. Now, we explore further with bands represented by the Canadian label Profound Lore, as well as those represented by the Quebec-based Sepulchral Productions (owned by Myrkhaal, formerly of Frozen Shadows and Tenebrae). Additionally, Quebecois folklore and mythology is found with bands like Chasse-Galerie. So, grab a pint, hop in your bedeviled canoe and get ready for another 10 black metal bands from Quebec.

Gevurah (the Hebrew word for strength) are another proud member of the Profound Lore club of gifted black metal artists. Made up of two mysterious members named A.L. and X.T., and residing in Montreal, the band have made their mark with albums like 2016’s Hallelujah! and 2022’s Gehinnom (Hell). “And the tongue is a fire…and sets on fire the course of our life, and is set on fire by Gehenna.”

Coincidentally, two bands called Incandescence are from Quebec. The other band bearing the name is a blackened thrash band. This Incandescence emerged in 2011, releasing albums on various labels before becoming another Profound Lore alumni with Le Coeur de l’Homme (The Heart of Man) in 2022. The group is another made up of only two talented men – Philippe Boucher (Beyond Creation) and Louis-Paul Gauvreau (who aside from his black metal work, made it to the quarterfinals on The Voice of Canada).

Spectral Wound are the third group here to be represented by Profound Lore. Out of Montreal, the band started in 2015 and have since released three full-length records. The wound here is certainly festering, leaking red, green and black pus – in other words, the band create black metal debauchery that threatens to rip open wormholes to other dimensions.

The autumn mist created by Brume d’Automne started to seep in around 2003 with the band’s first demo, Rehearsal. It would be a literal rehearsal for things to come, as the band honed their craft and released three albums since. As with a few other Quebecois black metal bands, Brume d’Automne has Quebec nationalism as a significant piece of vertebrae, as seen on tracks from the album Fiers et victorieux. Germany’s Darker Than Black Records has handled the distribution for their latest, La grande noirceur.

Chasse-Galerie take their name from a French-Canadian tale in which a group of voyagers working at a remote timber camp need to travel 500 kilometers, though the he only way to do so is to run the chasse-galerie, meaning making a pact with the Devil so that their canoe can fly quickly through the air to their destination. Not mentioning God’s name or touching the steeples is the only rule, which is hard for the drunken riders. What a namesake. The band draws from more tales found within the folklore of Quebec, keeping a nationalistic energy throughout battle-ready songs like “Quelques arpents de neige.”

Sole member Fiel has taken his love of black magic, occultism and witchery to tape with his now just-over-a-decade-old project Grimoire. One of the few Canadian black metal bands that are a part of Germany’s Eisenwald label (including Cantique Lépreux), Quebec City’s Grimoire, while only having one full-length and an EP out, has made a mark in the scene cavernous, atmospheric music perfect for contemplation on life.

Featuring members from death metal band Outre-Tombe and blackened death metal band Morgue, Trépas have come onto the scene strong with a solid release via the legendary Quebecois label Sepulchral Productions. L’héritage du monde, by its cover art alone, beckons comparisons to Mayhem’s Grand Declaration of War and the maelstrom that follows once the “play” button is pushed is no letdown.

In 2019, Quebec City’s Ossuaire cemented themselves in black metal history by releasing two albums through Sepulchral Productions, Premiers chants and Derniers chants. These cinematic albums assisted the band in standing tall among their contemporaries in an already swelling scene. Their latest EP Triumvirat continues the band’s march of blasting drums, furious, though hypnotic guitar-work and gruff vocals tied to historical themes.

Maeskyyrn’s Interlude has one of the more intriguing pieces of cover art to come out in a hot minute. Depicting a bald, pale humanoid with its limbs stretched upwards, it conveys the trouble past-made-present of depressive black metal which they are known for. The band recently got a slot on the Messe des Morts festival in 2019, so some could witness fresh blood spattered on fresh snow with bands like Maeskyyrn.

Formerly known as Niflheim from 2004-2006, the two-piece collective known as Gris (grey) are another act renowned label Sepulchral Productions have gotten behind. Gris have released two full-length albums (with Niflheim’s Neurasthénie being a spiritual part of their discography), Il était une forêt… and À l’Âme Enflammée, l’Äme Constellée… but don’t expect to hear these songs in a small Quebec club, as the band has no plans to perform live, citing technical and logistical issues keeping the band from making the Gris live experience as special as it should be.

Metal Sucks Greatest Hits
370 -
The Top Ten Worst Hair Metal Band Names
0 -
This Very Fat Cat is The Best at Metal Drums
0 -
I Watched Rock of Ages so You Don’t Have To
0 -
Is Facebook Trying to Extort Bands and Brands?
0 -
15 Ways Your Unsigned Band is Doing It Wrong
450 -
Free Download for Your Listening Pleasure: NYC Sucks, Volume 1, Featuring The Best of New York City’s Metal Scene