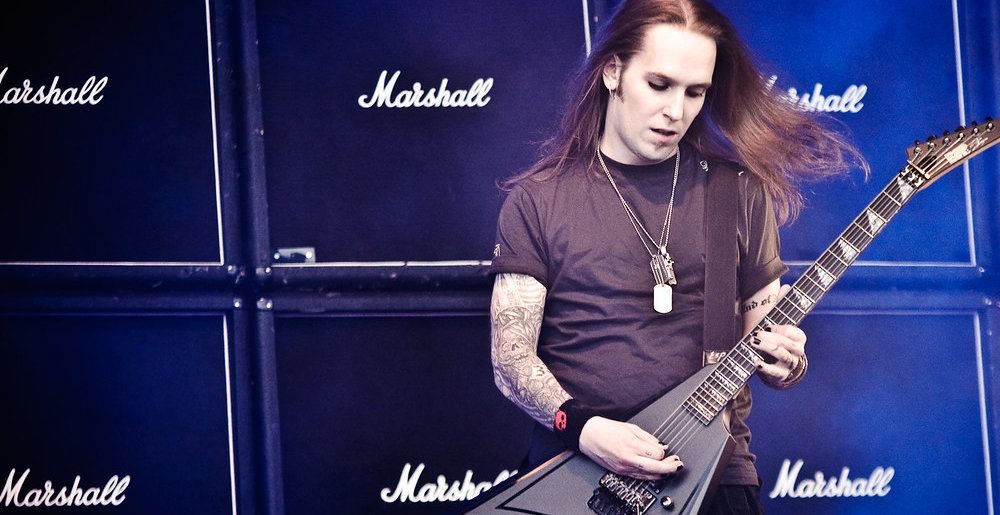 Three years ago at the Black Box in Helsinki Ice Hall, fans in attendance at the Children of Bodom were unknowingly witnessing a poignant moment in the band’s history, as it was the last time they’d ever play with Alexi Laiho before his untimely death a little more than a year later.

In a social media post marking the three year anniversary of that gig, Children of Bodom drummer Jaska Raatikainen, bassist Henri “Henkka T. Blacksmith” Seppälä and keyboardist Janne Wirman announced that official footage of that show would be preserved and sold as a live album to commemorate Laiho and they’re looking to get fans involved in the process.

“Exactly three years ago 15th December 2019 Children of Bodom played their last show at the Helsinki Ice Hall. To keep this precious last moment alive and also available to everyone who couldn’t make it to see the show, Alexi’s estate, Daniel [Freyberg, Children of Bodom guitarist], Henkka, Janne and Jaska will release the show next year as a live album.

“If you feel like taking part in this project please submit your photo via email to [email protected] by 31st December 2022.

“Looking forward to see you what you guys have in your archives and stay tuned for more news.”

It’s incredibly cool to see the band reaching out to fans for photos and memories to share in the final product.

Laiho passed away on December 29, 2020 in his Helsinki, Finland home. Officials learned he died of alcohol-induced liver failure and degeneration of pancreas connective tissue. Toxicology reports found the Children of Bodom frontman had painkillers, opioids, and insomnia medication in his system.

Metal Sucks Greatest Hits
0 -
L.A. Band Threatin Faked a Fanbase To Land a European Tour No One Attended
0 -
MetalSucks Readers Declare Pantera The Most Unnecessarily Shat Upon Band in Metal!!!
0 -
Nothing to See Here, Just Some Photos of Cats Wearing Metal Battle Vests
0 -
Danny Worsnop is a Good Writer
0 -
If You Like Bass Dogs, You’ll LOVE Drum Fish
0 -
Why I’ve Stopped Buying Vinyl