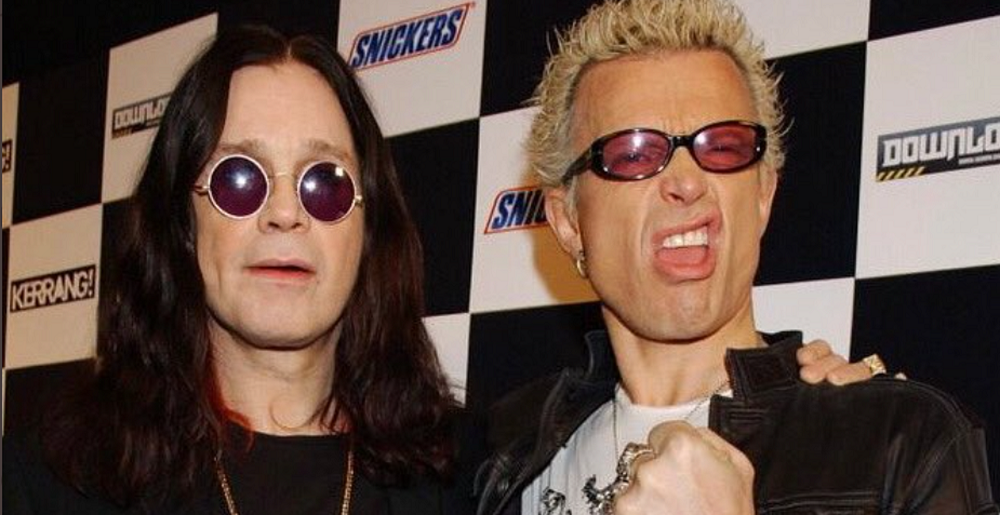 Yesterday was the birthday of rock n’ roll’s favorite sexagenarian — Billy Idol. Born William Michael Albert Broad on November 30, 1955, in Stanmore, UK, he has for 46 years entertained with his music, first as the co-founder of Generation X in 1976. It wasn’t until 1981, when Idol moved back to New York, where he launched his career as a solo artist. In 2018, this beloved rock icon finally became a US citizen. Needless to say, Billy Idol remains totally unstoppable, having released his latest EP, Cage, on September 23.

No matter how extreme your musical preference may be, chances are you’ve rocked out to Idol’s greatest hits at one point or another. Surprisingly, Billy Idol is a guilty pleasure within the metal community in particular. All of the genre’s stars from Doro Pesch to Chester Bennington to Finland’s Sentenced have performed his material. This October, Queensrÿche released one of the best recordings of “Rebel Yell” yet!

Due to the wealth of options, we couldn’t resist gathering a list of unique covers that are bound to please. Which of the following reinterpretations of Billy Idol’s classics will make you start dancing with yourself?!

The Neue Deutsche Härte stalwarts Megaherz dropped “F.F.F. (Flesh for Fantasy)” less than a year before their first vocalist, Alexander “Alexx” Wesselsky, left and started Eisbrecher with Jochen “Noel Pix” Seibert. “F.F.F.” hails from Megarherz’s fourth studio album, Herzwerk II (2002). Megaherz’s “F.F.F.” is a loose adaptation of the 1983 original, which appeared on the Rebel Yell album. Of course, Megaherz darkened the text: “Wir sterben für die Liebe. Doch ich leb für dein… Fleisch.” / “We die for love. But I live for your… Flesh.” The result flows as smoothly as a hand on latex. Apparently, Billy Idol recorded his vocals for “F.F.F.” while holding a copy of Leopold von Sacher-Masoch’s Venus in Furs (1870). One can only wonder how a video by Megaherz might have compared to Idol’s, which featured his then girlfriend Perri Lister.

This version of “Rebel Yell” was recorded on June 19, 1999, at Provinssirock — a festival in Seinäjoki, Finland. Although H.I.M. has played “Rebel Yell” on other occasions, this particular rendition definitely ranks among their greatest moments. Whereas Idol sang, “I dried your tears of pain, babe, a million times for you,” Ville Valo alters the number to “666.” The section of “Rebel Yell” in question was actually improvised by Idol while in the studio. Idol has stated that he didn’t know how to end the song. Thus, he approached the microphone, and the words came of their own accord.

“Rebel Yell” is a perfect match for the group of amicable “Fallen Angels” known as Black Veil Brides. This track can be found on the Rebels (2011) EP, which also includes “Rebel Love Song,” “Coffin,” and a cover of Kiss’ “Unholy” starring Zakk Wylde. Remember to chase BVB’s “Rebel Yell” with a shot of “Youth & Whisky” from their sophomore album, Set the World on Fire, which was released earlier the same year.

The Swedish metal outfit Deathstars released “White Wedding” as a bonus to their debut album Synthetic Generation (2003). Deathstars truly made this classic their own. Vocalist “Whiplasher Bernadotte,” Andreas Bergh, has a distinctive voice that you can recognize from a mile away. You have to love the fact that “Bone W. Machine,” Ole Öhman, plays drums here: The now-retired musician was an original member of Dissection. Öhman appears on The Somberlain (1993) and Storm of the Light’s Bane (1995). Deathstars’ co-founder “Nightmare Industries,” Emil Nödtveidt, is the brother of Dissection’s late mastermind, Jon, but is also a legend in his own right. Of course, “White Wedding” is a song about family. According to Billy Idol himself, he wrote “White Wedding” in response to the fact that his sister went to the alter while pregnant. Idol tried to imagine what the scenario might have been like if everything had not so rosy. Deathstars bring out the ominous side of the “shot gun” component.

Dope Stars Inc. fuses industrial metal, cyberpunk, glam rock attitude, etc. This “Ultrawired” band brings you the equivalent of ten cappuccinos in every microdose. Afterall, this outfit was founded in Rome in 2003. Dope Stars Inc. have actually toured in support of the above band on our list: The two groups have remixed material for one another. Dope Stars Inc.’s cover of “Shock to the System” hails from the EP 10.000 Watts of Artificial Pleasures (2003). As always, Dope Stars Inc. reintroduces raw drive and passion into our otherwise sterile “Generation Plastic.”

When Alexi Laiho passed away last year at 41, the world lost one of its finest guitarists. His screams were as iconic as Billy Idol’s scowl. Children of Bodom’s “Rebel Yell” has a drugged-out feel and, for the most part, is unusually chill for the wild CoB. What is truly shocking is the fact that Alexi’s version of “Rebel Yell” is the one that actually shows respect for women. Whereas Black Veil Brides changed the second part of the following line, “But when I’m tired and lonely, she sees me to bed,” to something quite explicit, Children of Bodom modified it to “But when I’m tired and lonely, she’s there to be.”

Dope released “Rebel Yell” as the thirteenth track on No Regrets (2009). “Rebel Yell” is a fitting anthem for a band of New York-based miscreants that used to sell drugs to support themselves. The epiphany that inspired Idol to create “Rebel Yell” was actually caused by substances… booze anyway. Now for a history lesson: While at a birthday party held for one of The Rolling Stones, Idol noticed that Mick Jagger, Keith Richards, and Ronnie Wood each held liquor bottle with a “Rebel Yell” label, which depicted a Confederate cavalry officer. Idol recalled in his memoir, Dancing with Myself (2015), that he broke the news right there: “… I might just use that title for a song, and maybe even call my next album that.” Idol then proceeded to write “Rebel Yell” as “a cry of love instead of the battlefield.” The song has become such an integral part of Idol’s identity that his granddaughter is named in its honor: Poppy Rebel was born in May 2020.

The quality of the following recording may be poor, but the quality of Lexxi Foxx’s voice sure isn’t. Who would have known that now ex-Steel Panther bassist could pull off singing “Rebel Yell”?! What’s even more surprising still is that Billy Ray Cyrus has taken the stage with Steel Panther to perform this song on more than one occasion.

Northern Kings is a symphonic Finnish supergroup and cover band that reunited this year. If you love Scandinavian doom and gloom, Northern King’s 7 1/2-minute version of “Rebell Yell,” which can be found on Reborn (2007), delivers exactly that. It’s as if Northern Kings subjected this fan-favorite song to the strain of a torture rack. One might think that Northern Kings would have dragged the life out of ”Rebel Yell” by stretching it out so much, but rather, they managed to tap into the song’s guts. If the way the exclamation “Little angel!” is delivered strikes you as oddly familiar, this is because Northern Kings boasts the talent of Juha-Pekka “JP” Leppäluoto — the ex-Charon frontman who sang the hit single “Little Angel.” Northern Kings’ roster also includes Teräsbetoni’s Jarkko Ahola, Sonata Arctica’s Tony Kakko, as well as Tarot and ex-Nightwish’s Marko Hietala.

This cover of “White Wedding” was released as a 2003 single and appears as a bonus track on Murderdolls’ debut album, Beyond the Valley of the Murderdolls, which originally dropped in 2002. The music video, posted during the summer of 2003, pokes fun at song contests like the Idol series. It showcases Murderdolls’ then lineup: Genitorturers’ Eric Griffin, Dope’s Acey Slade, ex-Dope’s late Ben Graves, Slipknot’s late drummer Joey Jordison, and Wednesday 13.

And one cover by a non-metal band…

BlutEngel, the brainchild of goth legend Chris Pohl, isn’t a metal band, but they do perform at festivals with metal acts. They are also just one of those bands that you have to respect. BlutEngel’s fresh and crisp cover of “White Wedding” is surprisingly upbeat, so much so that we actually feel reassured when Chris says: “It’s a nice day to start again.”