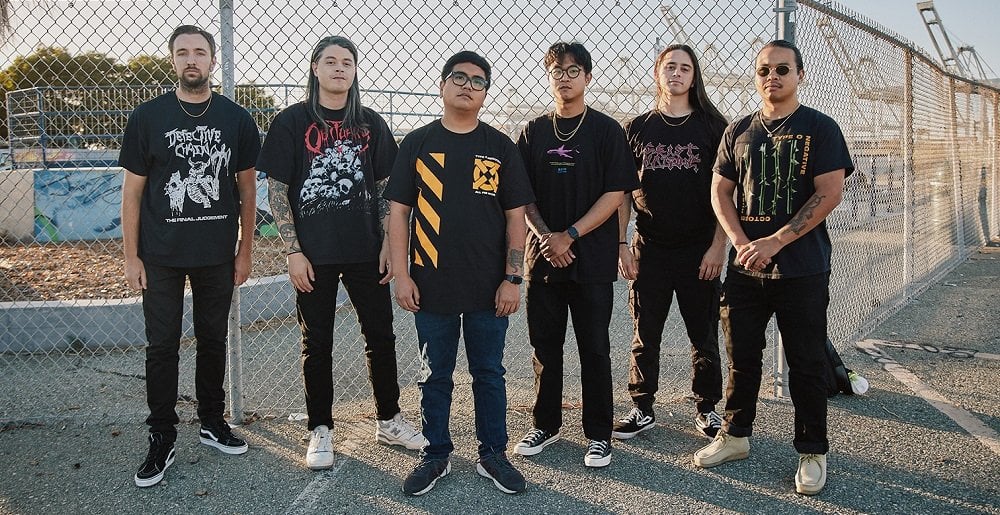 Photo by Brian Do

Up-and-coming crossover thrash act Doomsday is a killer young act that more people need to fucking hear. We’ve been sounding the horn on these guys for a while and in an effort to get you guys to realize how legit they really are, we got their frontman Carlos Velazquez to share some of his favorite bands to either jam out to at home or bands that Doomsday’s shared the stage with.

So check out the following 10 bands, hear their songs, and be thankful the metal scene out west is as potent as ever. These bands are coming for you next.

There’s a lot of hardcore bands in California. The scene is beyond thriving at the moment and it’s really exciting, but there’s only one clear contender standing at the top of that mountain: Extinguish. Extinguish is your favorite hardcore band’s favorite hardcore band; it’s a negative assault from the darkest depths of hardcore, and it fucking kicks ass. But I mean, pretty much every band on Creator-Destructor Records is gonna be some of the sickest stuff you’ll ever hear. #1 label, baby!

Now I’m not just saying this because we share members, but there’s no other band out right now that makes death metal as good as Ripped to Shreds. It’s forward thinking without sacrificing what OSDM is all about; they top themselves EVERY SINGLE TIME.

Two words: ABSOLUTELY CRUSHING. Slowbleed straight up released one of the best albums of 2022 in The Blazing Sun, A Fiery Dawn. It’s music that makes you want to quit your band because you know you won’t be able to be as hard as they are. Riff City shit, for sure.

I would be a stupid motherfucker if I didn’t include Fugitive. Just by looking at the lineup of insane musicians behind the band (members of Power Trip, Creeping Death, Skourge, etc.) will assure you that this is going to be more than good, it’s going to be the next big thing.

There’s a reason that the Bay Area, more specifically San Jose, is THE hardcore scene in the USA right now. And it’s bands like Field of Flames. If you listen to a few tracks off of Constructing a a War Against You you’ll understand what makes them so good. Passion-driven riffs and even heavier breakdowns is what makes them the BEST straight edge band out right now.

Now, I want to use Morbid Visionz as a placeholder for the entirety of the roster of Maggot Stomp. This isn’t dismissing them at all, because their new EP Cycle of Cessation is some good shit. But I just want to highlight that this is just another band in the endless conga line of quality music Maggot Stomp keeps putting out. Bands like Greenwitch, Sentenced 2 Die, Abysmalist, Tribal Gaze and so many more. Dude’s got the label on lock, for sure.

I’m gonna keep this one short because there’s not much else to say: Dead Heat is the best crossover band out right now. No contest.

M.A.D. is demon slaying music. It’s the sound that rings out in the background as you stand alone, with unholy forces ceaselessly rushing forward. But little do they know, it’s just another day in the abyss for you. That’s what M.A.D. makes me feel.

If there’s any band that more people need to pay attention to, it’s Upon Stone. Where Wild Sorrows Grow is technical precision executed flawlessly. It’s everything you could want out of a band’s debut, and I can’t fucking wait to hear what’s next.

Anyone that knows me knows the impact Iron Age has had on me and on Doomsday. Everything they’ve released is flawless. It’s groundbreaking. They’re the reason I wanted to start a band. When I first listened to Constant Struggle, it was game over for me, and I told myself that I’m in this for life. But when I first listened to The Sleeping Eye, the only thought in my head was “holy shit THIS is what a band should be.” There’s only one truth in this world for me: Iron Age is the greatest band of all time.

Adding to previously announced dates with Volbeat and Circle Jerks.