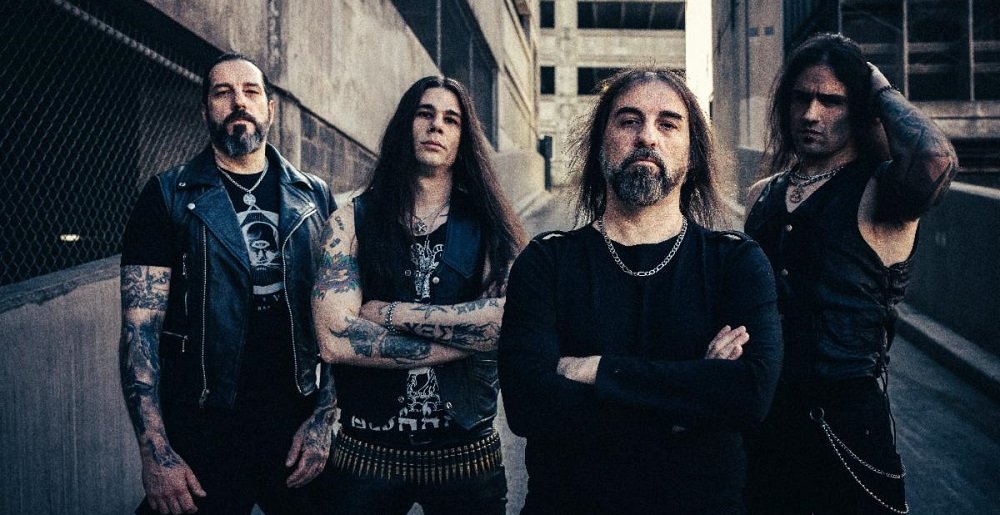 Well, this is a welcome surprise. Less than an hour ago, Greek black metal act Rotting Christ announced and released an EP of rare studio recordings and live tracks titled The Apocryphal Spells, Vol. 1, via Century Media Records.

Billed as the first of multiple EPs featuring material that’s been only previously available as bonus tracks for physical releases and whatnot. For the first time ever, those tracks can now be streamed on whatever online music streaming platform your blackened, cold heart desires.

Rotting Christ guitarist and vocalist Sakis Tolis said this sudden drop was the band’s way to acknowledge those previously rare releases while still letting fans get to hear them at their convenience.

“My dear friends, I can proudly announce a compilation of rare Rotting Christ tracks that have never been released on digital platforms before. We have now the opportunity to release them via the first part of a compilation: The Apocryphal Spells. Thanks for your attention, and I hope you will enjoy them, as we also did, recording them back in the days. Spirit Up!”

Along with their own rarities, this new EP includes two Kreator covers, which is badass in and of itself.

Who knows? Maybe we’ll get to hear some of these songs live when they go on tour with Carach Angren, Uada, and Gaerea along for a 25-date trek across the States. You can check out the list of dates below.

Sponsored Links from Across the Internet
Show Comments
Related Articles
New Stuff 0
You Can Pretend to Speak Greek After Listening to This Solo Track by Rotting Christ’s Sakis Tolis
December 20th, 2022 at 5:45pm Hesher Keenan

It’s all Greek… and you should be able to understand it no problem.