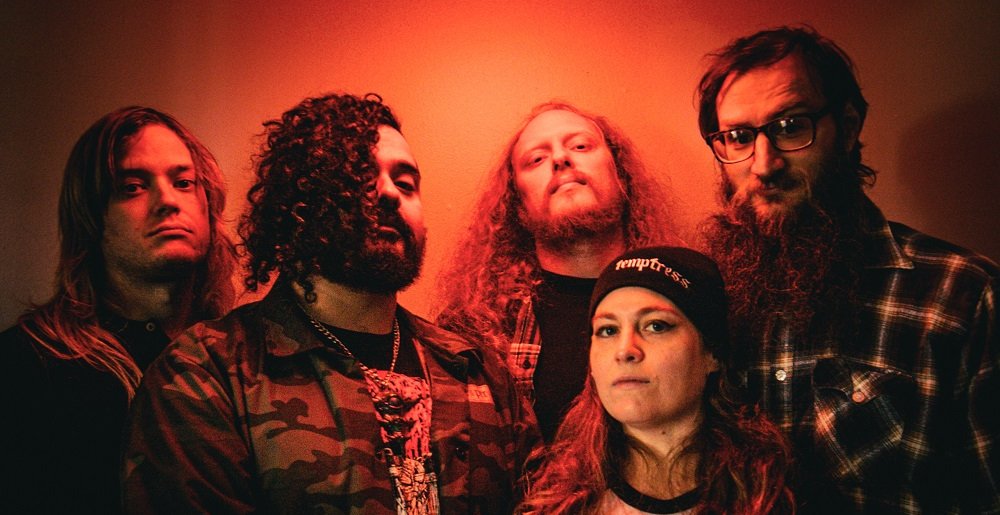 If you’re looking for some new melodic doom to get you through the cold, dead months of winter, you may want to look no further than new and upcoming band Slumbering Sun, who’ve just dropped their first single, “Liminal Bridges.”

Featuring members of Destroyer of Light and Monte Luna, Slumbering Sun already has a bit of a pedigree in the realm of trippy, melodic doom metal. And when listening to “Liminal Bridges,” you can immediately understand how that past experience led Slumbering Sun into their current sound.

From the moment you hit play, “Liminal Bridges” feels like a transitional track meant to guide you along a wispy, winding trail in a slightly foggy forest while on a quest. The vocal harmonies are engaging, with enough fuzz and crunch to ground you with the fact that this is a melodic doom track, not your personal theme music.

According to the band, Slumbering Sun came about after vocalist James Clarke (Monte Luna) and guitarist Keegan Kjeldsen (Destroyer of Light) were left lamenting the end of a band they were both in. Rather than dwell on an album that would never see the light of day, they put that energy into creating Slumbering Sun.

After writing a few songs on their own, they recruited other members of the Texas metal scene, including guitarist Kelsey Wilson of Temptress, bassist Garth Condit of Monte Luna and Scorpion Child, and drummer Penny Turner of Destroyer of Light. Once assembled, the band wrote and recorded The Ever-Living Fire.

Though The Ever-Living Fire will be released on February 23, 2023, the band is currently offering a preorder of the record today. It will be available on CD, cassette and digital that date, though vinyl LPs will likely not come around until the summer due to pressing delays.