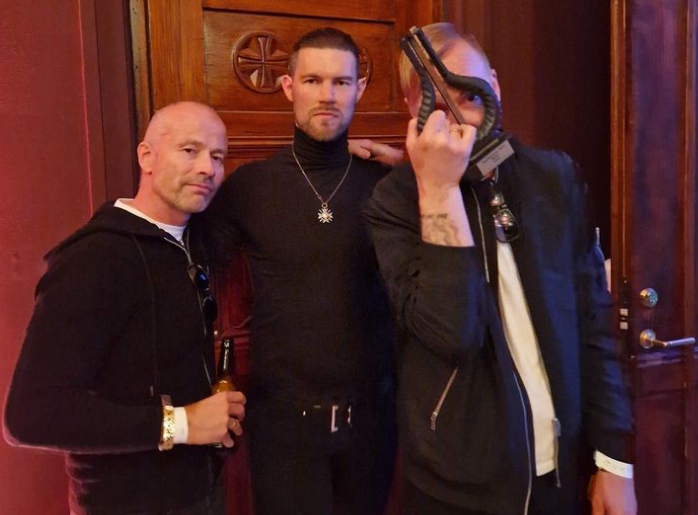 This year has brought albums from groups like Abbath, Watain, and Sigh. After three decades, the highly polarizing Mystic Circle finally released their self-titled, eighth record in February. This seems oddly appropriate because the past twelve months have been just as bizarre as this German band’s early work, which is actually quite amusing.

And while “poser” Black Metal has continued to run rampant, countless bands have proven that the “black flame” lives on. Join us as we reflect on the highlights of 2022.

The Nidrosian supergroup Ritual Death has already wowed us with other releases, so we fully expected their self-titled debut album to be phenomenal as well. It’s a must-hear.

Reissues of Ragnarok’s In Nomine Satanas (2002), Collectors of the King (2010), and Blackdoor Miracle are coming out on December 30. However, the vinyl copies will ship in March. Pre-order these classics here.

You May Have Missed…

American metalheads probably have not heard HILD’s ValFreiya. HILD, the project of ex-Marduk’s Lars Broddesson, is mainly a thrash band with elements of black, death, and crust.

There were a lot of whacky cover images this year, but the front of Glemsel’s Forfader, which features two Victorian women, is especially unforgettable. The music itself is also great.

The insane carousel ride that is Pensées Nocturnes’ Douce Fange (2022) has divided listeners, but it’s definitely a laudable effort.

We were delighted that vocals by the late Trondr Nefas were used on Vulture Lord’s “Bloodstained Ritualknives,” which you can find on the split Deathiah Manifesto.

The legendary Nargaroth and Season of Mist have teamed up. Finally! A major label has recognized the genius of René “Ash” Wagner.

Carpathian Forest’s Nattefrost and Vrangsinn (and the Arsonists) played their first gigs as solo artists in 15 and 11 years respectively. This occurred at Skien Metalfest 2022, where the two icons also presented art. Both Nattefrost and Carpathian Forest have shared progress relating to their upcoming albums. However, Vrangsinn is, unfortunately, taking a break from performing live with CP. Thankfully, he won’t stop working with them in the studio.

A ton of bonuses have been announced for those attending Inferno Fest next year, such as a BM exhibition at the National Library of Norway that will open the same month. Cadaver’s Anders Odden has resurrected his BM sightseeing bus tours for festival-goers.

We saw more proof that Snorre Ruch’s promises haven’t been empty. He really will deliver a second Thorns album.

Tulus is set to unleash their next record, Fandens Kall, on February 17. A documentary about the making of this effort will drop in advance on December 30.

We are stoked for the 2023 debut album by RUÏM, the project of ex-Mayhem’s Blasphemer.

Mayhem celebrated the 30th anniversary of the recording of Live in Leipzig (1993) a couple years late on December 15.

Beyond the Gates had a lot going on this year, including a wonderful photo exhibition curated by the top authority on BM, Finn Håkon Rødland; tours by famed producer Pytten, who also led a conversation with Enslaved’s Ivar Bjørnson; guided trips by ex-Old Funeral’s Tore Bratseth; etc.

Urgehal embarked on a “Death March / Dødsmarsj for [Trondr] Nefas” in honor of the 10-year anniversary of their brilliant frontman’s untimely passing. Their reunion will continue into 2023.

We were envious of Vicotnik’s clothing, accessories, and makeup during a performance by Dødheimsgard at Halden’s Imperium Festival.

The Satyricon & Munch exhibition at Munchmuseet of Oslo was a huge success… And Satyr earned a bronze medal behind the wheel of a Porsche in the Norwegian Championship for racing.

It wasn’t a surprise when Mr. Niklas Kvarforth decided to axe all Shining’s members except Peter Huss. Nevertheless, after 26 years, we certainly did not expect Mr. Kvarforth to announce: “Finally, Shining have truly become, and sound like a real band!” Shining is the best, but it has always essentially been Niklas’ one-man show with some other extremely talented musicians serving him. Shining now features Mayhem’s Ghul, ex-Necrophobic’s Alex Impaler, and ex-Cradle of Filth’s Nicholas Barker.

Mayhem’s Wolf’s Lair Abyss, Ulver’s Nattens Madrigal – Aatte Hymne Til Ulven I Manden, Gorgoroth’s Under the Sign of Hell are still youthful at 25.

(Note: 2023 will mark the 30th anniversary of what has famously been dubbed the “year of misery” when Euronymous was tragically killed. Nevertheless, 1993 also gave us several classics like Beherit’s Drawing Down the Moon.)

So… How Did This Year Compare to Last?

2021 was far more exciting overall, but a few fantastic albums dropped toward the end of 2022 like the pick below, which we recommended earlier.

Based on what has already been revealed, we can safely say that 2023 will be a great year for dangerous black metal. For a taste of what’s to come, check out the following track from Høstsol’s debut album, Länge Leve Döden, which drops on January 13.