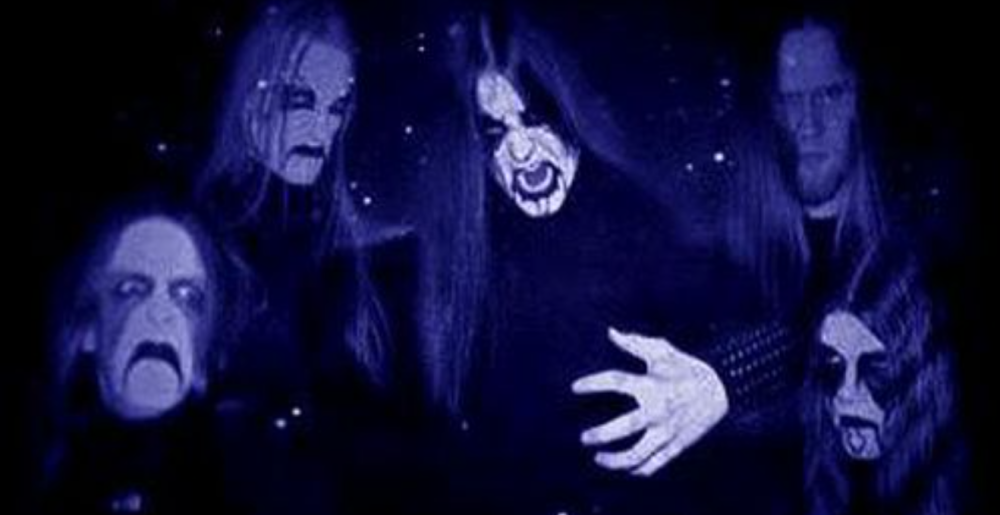 From Scandinavia with Hate: 11 Killer Black Metal Releases from the ’90s You Might Not Remember

Ah, the ’90s — it was the best of times and the worst of times for black metal. The death of Euronymous in 1993 aided in facilitating the rise of clone bands and sell-outs. Yet, many of BM’s greatest albums were released within the next few years: Mayhem’s De Mysteriis Dom Sathanas (1994), Ved Buens Ende’s Written in Waters (1995), Burzum’s Filosofem (1996), Tulus’ Pure Black Energy (1996), etc. In other words, there was “Truth,” Darkthrone’s Transilvanian Hunger (1994), and there was ridiculousness, Ancient’s Mad Grandiose Bloodfiends (1997).

Black metal tends to be a thankless vocation. Even pioneering bands such as Strid and Manes rarely receive the recognition they deserve. Nevertheless, devoted black metal freaks know exactly how much these outfits have done for the subgenre and also frequently show their love for the most buried treasures. Join us as we revisit the amazing, the amusing, and the absurd. How many of the following ’90s relics from Scandinavia do you still remember?

You might not love symphonic black metal, but you have to love Odium’s The Sad Realm of the Stars. Currently active, the glorious Odium reunited after a 17-year hiatus in 2018. However, you may have forgotten about Odium simply because The Sad Realm of the Stars is their only full-length album, which puts them in a category with bands likes Vinterland, Midvinter, Svikt, etc. Odium’s new lineup features, but is not limited to, a couple members of the amazing Nordjevel — Dominator and ex-Morbid Angel’s Destructhor — as well as Windir’s former keyboardist Righ. It is worth noting that Odium is closely linked to Myrkskog, whose roster is composed of three Odium members and previously included ex-Odium’s Eeek, who co-founded the funeral doom pioneers Funeral in 1991.

Formed in 1991, Fleurety is both one of the GREATEST black metal bands of all time and also one of the most underappreciated. We thank Svein Egil “Zweizz” Hatlevik and Alexander Nordgaren for being the best metal duo besides Darkthrone! Again, those who “know” understand this band’s importance, but too many metalheads still live in ignorance. Min tid skal komme was Fleurety’s magnificent debut album. Even the highly poetic lyrics are pure perfection. Female vocals don’t always work, but Fleurety is one of those bands who are able to brilliantly execute any whim, as they have done on this record. Along with Dødheimsgard, Fleurety is among the most creative forces in music.

Like our previous pick, Min tid skal komme was recorded at Stovner Rockefabrikk, which is the very special place where Darkthrone’s Fenriz first “met” the great Vicotnik, who has appeared live with Fleurety. The two had a speechless impromptu jam. Thus, they formed a friendship when Vicotnik approached Fenriz again at Elm Street Rock Cafe. As a result of their bond, the latter eventually agreed to become an original member of Dødheimsgard! If you don’t remember DHG’s ’90s material, put it on blast NOW!

Servants of Sorcery is an eargasmic delight for lovers of bestial lunacy. If there is an album that sums up the unjaded, spritely, forest-dwelling spirit of the early ‘90s with its fullmoon mysticism and lo-fi values, it would certainly be this one. Although Servants of Sorcery opens with an intro that makes you feel as if you’ve been abducted by aliens, it’s raw as roadkill. Rhythm guitarist Necronos’ vocals are savage as a madman’s. You can also hear Arcturus’ Skoll on bass, Dimmu Borgir’s Shagrath on lead guitar, and Per Morten Bergseth on drums. Servants of Sorcery is actually just a remastered version of Fimbulwinter’s 1992 rehearsal demo with the addition of a seventh song, “Roaring Hellfire.” Get ready for this “Black Metal Storm,” which includes with a cover of Celtic Frost’s “Morbid Tales!”

Straight outta Sweden: Vondur was the side project of All and the late legend It — partners in crime in Abruptum and Ophthalamia. We could have chosen Vondur’s fantastic lone studio album, Striðsyfirlýsing (1996), but instead, we just had to go with The Galactic Rock n’ Roll Empire EP. This gem was recorded at The Abyss with Hypocrisy’s Peter Tägtgren. It contains two English-language versions of songs that appeared on Striðsyfirlýsing, which was performed in Icelandic; Bathory, Mötley Crüe, Elvis Presley, and Judas Priest covers; and one original song. The result is murderously funny, awesome, and 100% black metal. There are a couple different versions of the front cover: One features All and IT dressed as Mötley Crüe, only they make the Crüe look fresh-faced and wholesome. More surprising images await inside.

If you thought our last pick was the work of ingenious trolls, now it’s truly TROLL time! Nagash started Troll as Abbadon’s Realm in 1992 when he was just 14 years old. Amazingly, this prodigy co-founded the Spellemann / “Norwegian Grammy”-winning group Covenant, who changed their name to The Kovenant, the very same year. Nagash is also famous for having played bass with Dimmu Borgir.

Drep de kristne was not only Troll’s debut album, but it was also the only one that Nagash would complete as a solo effort. Granted, Nagash made all the music for the demo Trollstorm over Nidingjuv (1995) by himself as well. Still, his collaborators for this demo included The Kovenant’s Psy Coma, who was one of the friends that helped with lyrics, and Shagrath, who created the cover art.

We love the work that would follow Drep de kristne. Throughout his career, Nagash has demonstrated an incredible will to evolve and experiment. Yet, Drep de kristne is a nostalgic delight that reflects the dark inner world of a misanthropic youth with a bright future. It is symphonic, dripping with “Kristenhat” / “Christian Hate,” thoroughly evil, and incredibly Norwegian. Not to mention, the raw, troll-like vocals are a huge plus. Drep de kristne is a great introduction to Nagash’s universe.

You should definitely know Isvind because of their early emergence on the scene. They released their first demo in 1992 as Ice Wind. Although they are currently active, Isvind is far from a frequent topic of discussion. Isvind’s debut album, Dark Waters Stir, features ex-Tsjuder’s Arak and ex-Orcrist’s Goblin. This grim record arrests you like a snowstorm and also acts as a refreshing blast from the past. The sound switches between welcoming and forbidding as a frostbitten kingdom.

Formed in 1991 as Apoplexy, Malignant Eternal is one of those bands you’ll return to when you are sick and tired of 21st-century metal. Malignant Eternal would come to incorporate industrial influences, but even still they have remained “20th Century Beast[s]” in essence. Tårnet is Malignant Eternal’s highly unique debut album. On this offering, keyboards complement, rather than distract, and feed into the record’s totally bewitching vibe. Founding member T. Reaper, who provided guitars and vocals on Tårnet, played bass on Obtained Enslavement’s Soulblight (1998) — also a great album — and sang Gorgoroth’s “The Devil, the Sinner and His Journey.”

Kvist emerged in Hønefoss in 1993. The late Urgehal genius Trondr Nefas actually appeared on their first demo. On Kvist’s only album, For kunsten maa vi evig vike, you can admire the talent of bassist and vocalist Tom Hagen; guitarist and keyboardist Hallvard Wennersberg Hagen, a.k.a. “Vergrimm”; and drummer Endre Bjotveit. Apparently, after listening to this excellent record, Emperor phoned Endre, who was just a school kid, and asked him to join. Endre actually declined. Unfortunately, the prodigy suffered from inflammation that forced him to cool his activities on drums, as Endezzma’s Morten Shax clarified on The Thomas Eriksen Podcast.

When you think of Ragnarok, you might think of Blackdoor Miracle (2004) — yeah, the killer album with Jontho pointing a gun on the cover. But do you remember Ragnarok’s awesome debut?! Ragnarok is definitely one of the most fun and charismatic BM bands around, and Nattferd proves that’s always been the case. Nattferd’s intro grabs you immediately. Some of the songs on this epic journey are performed in Norwegian while others boast English lyrics. Thus, the record feels very Nordic while also offering increased accessibility. This battle-ready, Christian-slaying effort will take you to the very heart of a pagan winter. Nattferd was released on Head Not Found, the now defunct label of Slayer Mag’s Metalion.

Wallachia From Behind the Light (1999)

Hate it or love it, Wallachia’s colorful first album, From Behind the Light, is bound to put a smile on your face. If this anomalous record doesn’t make you dance, you may just qualify as heartless. Once you start listening, you probably won’t be able to escape this effort’s grip: “I promise you’ll never again leave the castle of no return.” Although Wallachia spent some time in hibernation before reemerging in 2005, the group turned 30 this year! We congratulate Wallachia’s founder, Lars Stavdal.

And a related extra…

Vond was a dungeon synth / dark ambient side project of Håvard Ellefsen, “Mortiis.” Although Vond was not exactly black metal, we just had to include this late yet great project. Ellefsen made three fantastic full-length records under the Vond banner. According to the original flyer, Vond’s debut full-length effort, Selvmord, or “Suicide,” is “Suicidal Meditation Musik. An album filled with trance and emotion. This is the ultimate soundtrack to a suicide.” Hopefully, this album will help you experience a spiritual rebirth.

Sponsored Links from Across the Internet
Show Comments
Related Articles
The Black Pages 0
The Year That Was: Black Metal in 2022
December 26th, 2022 at 12:34pm Bree Halmstad

This year brought us one of the greatest black metal albums of all time, some other great releases, and many wicked developments.

Your Heavy And Hard New Releases Bible! Rip It Up And We’ll Prosecute!

Metal Sucks Greatest Hits
0 -
Converse Rubber Tracks x MetalSucks: Everything All in One Place
0 -
What if Black and Death Metal Albums Were Children’s Books?
0 -
This Very Fat Cat is The Best at Metal Drums
3220 -
What is UR Favorite Classic Nu-Metal Band??
0 -
Exclusive Interview: Lamb Of God Drummer Chris Adler on Randy Blythe’s Imprisonment, Upcoming Tour and the Future of the Band
0 -
That Time Shaun Got Drunk and Filmed a Music Video with His Cat