Metal Sucks
Metal Sucks We’re About a Year Away from Testament’s Next... The Year That Was: Black Metal in 2022
- Tweet SHARE
Enlarge
New Stuff 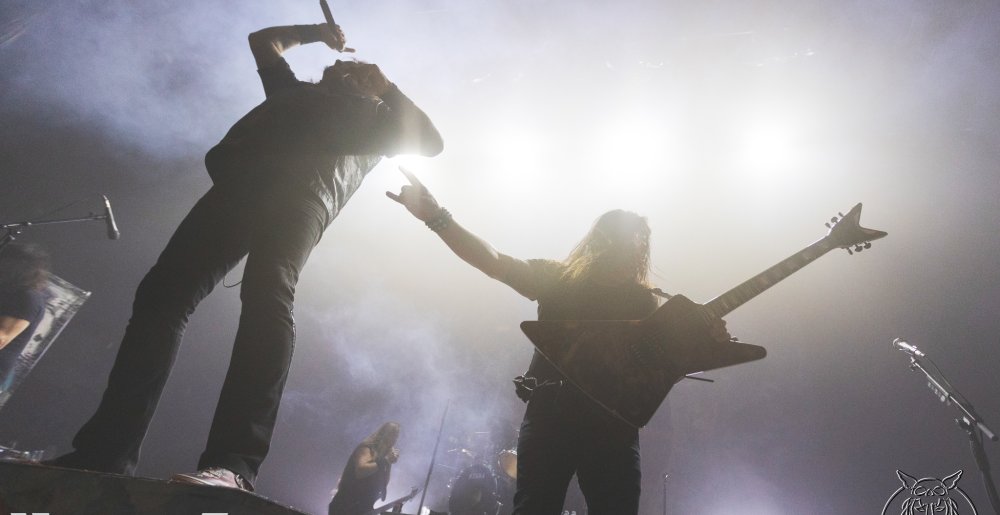 We’re About a Year Away from Testament’s Next Album

Ever since ex-Slayer drummer Dave Lombardo rejoined Testament earlier this year, it’s been hard not to imagine what the band’s next album would sound like with him behind the kit for the first time since 1999. Thanks to a recent interview with guitarist Eric Peterson, we now know the wait will both be relatively short and excruciatingly long at the same time.

As he sat down with Bloodstock TV, Peterson said the band has been steadily working on new material, with the hopes that a new studio effort would be released late 2023.

“I’m gonna start working on some new material, I’ve been working on ideas. But gonna try to put the puzzle together. So yeah, hopefully in late 2023 we’ll have a new record out.”

Prior to Lombardo’s return to Testament, the band relied on Gene Hoglan on the drums. Hoglan had been a part of Testament for a decade and had performed on a number of the band’s records by the time he’d left this past January.

Reflecting on the lineup change, Peterson said having Lombardo back was “great,” which is probably the understatement of the century given how insanely good the Dead Cross drummer really is.

“We had a great time [playing with Dave Lombardo]. I think he really enjoys playing in the band, enjoys the music. And we’re now talking about, ‘Let’s talk about maybe making a new record.’ So hopefully that’s in the future.

“Eric has a bunch of music… He’s gotta go all in mentally to create some songs, so after [the second U.S. leg of The Bay Strikes Back tour] we don’t have anything in the books till April. So from November till April, it’s time to get in there and start working on new songs. So hopefully we’ll have a new record out by next year.”