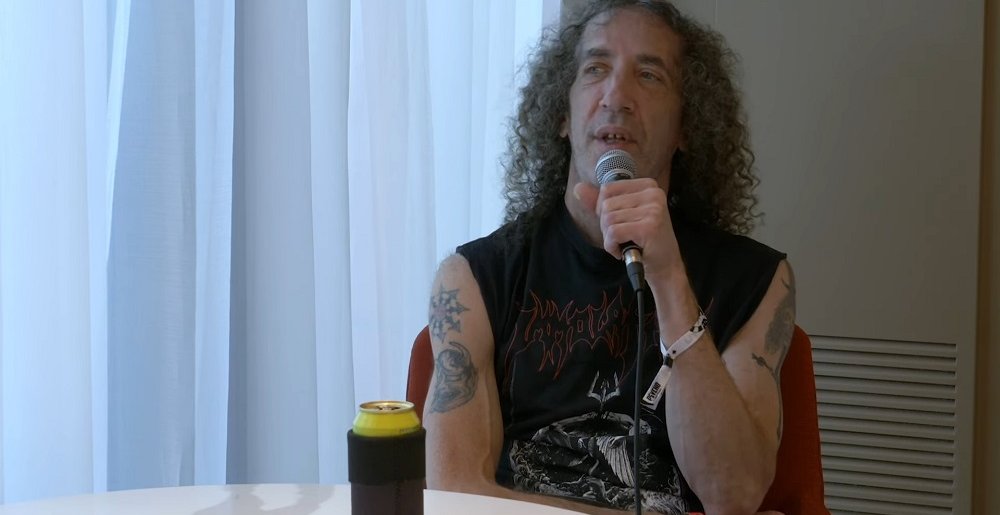 Like that one ex you’ve sworn you were done seeing before reintroducing them to your friends months later, classic thrash/crossover act Nuclear Assault has broken up and gotten back together a bunch over the years. The band’s just been fluctuating from active to done over the course of three decades. So when they announced they were officially done late last month, you’d forgive us if we were skeptical.

But during a recent interview with the That Metal Interview podcast, transcribed by Blabbermouth, bassist Dan Lilker formally confirmed that the band played their last show ever at the UK Deathfest in London, England this past September. It was a decision he says had been in the works for a while.

“We’ve been trying to hang it up for a while, but people won’t let us go. I know that people still wanna see Nuclear Assault, it’s just that… We’re getting a little old, and — I don’t know — it’s different. I just don’t enjoy touring like I used to. Flying isn’t what it used to be. You get fucked around at airports all the time. And I don’t really have patience. If my flight’s delayed or if my bass didn’t make it, for some reason, that shit’s getting old.”

While past breakups and reunions were based on different circumstances, this time around Lilker said it was the culmination of major life changes over the years. Members started families, got careers, and the band just became too unsustainable, he said.

“It’s hard to explain, because some of it’s stuff that we don’t really discuss outside the band or anything. But it’s hard now, because John (Connelly), our frontman, he’s a high school teacher. So it’s really hard for him to get away. Obviously, he could get school vacations in the summer, but he’s also got a family. Just because it’s summer and he doesn’t have to teach doesn’t mean he’s gonna run away for a month and not be able to just go do normal vacation shit with his family and everything. So it just gets more complicated like that. He’s been doing that for a while now. So, obviously, he has a teacher’s schedule and he cannot take off from that; they have a very strict vacation thing with the New York education system. So that alone is a big reason that it’s really hard to do it.”

Given the fact that the band’s gone back and forth in the past, Lilker said it was important to the band to just come out and say in no uncertain terms that they were absolutely done forever and ever amen for realsies this time guys.

…unless something changes, that is.

They’ve already broken up a couple times before, so who’s to say this time’s permanent?

Metal Sucks Greatest Hits
0 -
Chris Brown Thinks Municipal Waste are a Fashion Statement
0 -
Watch an Old Lady Rock Out to AC/DC’s “Highway to Hell”
0 -
Peep These Awesome Pop Stars Gone Metal Shirts
0 -
L.A. Band Threatin Faked a Fanbase To Land a European Tour No One Attended
0 -
I Watched Rock of Ages so You Don’t Have To
0 -
The Secret 2 a Successful Career in Music