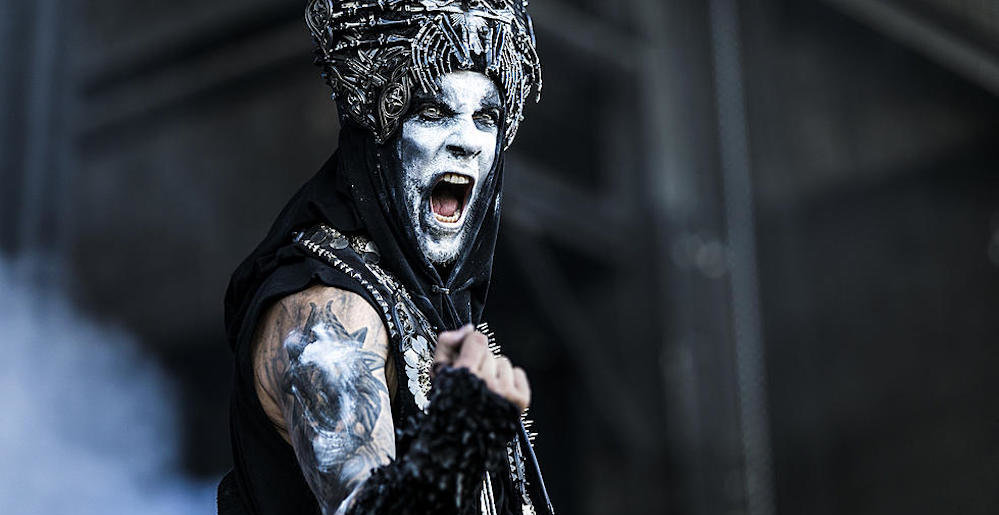 Nergal Calls Out Other Bands for Sounding ‘Exactly the Same’

Modern production methods have made it so artists can quantize and edit every single note of a performance so the final product is precisely played and sounds perfect. But have you ever listened to a new album lately and think, “this album sounds… too good.” If you have, then you’re likely in the same camp as Behemoth frontman Adam “Nergal” Darski.

We’re not even three days into the new year and Nergal’s already stirring the shit and throwing the gauntlet. During a recent interview with Australia’s Heavy, transcribed by Blabbermouth, Nergal had some choice words for “ninety-nine percent” of today’s metal bands, specifically calling out what he feels is a tendency to release over-produced music.

“Every band these days, you talk to every band, and every band — literally — heavy metal band, thrash, death, whatever, says, ‘Oh, we managed to get that organic sound.’ And then I go and listen to those records and I’m, like, ‘There’s nothing organic about this record.’ Ninety-nine percent of the records, they sound robotic. Every fucking click, every kick, every snare drum, every part of the record is exactly the same. It’s not organic. ‘Organic’ is when music fluctuates, when there’s dynamics, when it goes up and down.

“That’s why we tapped Joe Barresi [to mix the LP]. You know him for his work with Nine Inch Nails, Queens Of The Stone Age, Monster Magnet and a lot of rock bands. Slipknot… Basically, rock bands, mainstream bands. And he does this old-school mixing. He doesn’t use Pro Tools. I mean, he uses Pro Tools, but then, when he’s done with one song, he just pulls all the knobs down and starts from scratch. You go, ‘Hey, but I wanted to do some tweaks in the previous one.’ ‘Sorry, it’s done.’ You’ve got to pay for everything again. So [when] it’s done, it’s done. You don’t endlessly go and correct that, which is beautiful. Twenty, thirty years ago, it was done that way.”

While that level of finality can be frustrating to an artist, Nergal said having someone like Barresi around to mix Opus Contra Natvram helped infuse its “danger factor.”

“These days, you can fucking perfect things to the point that you cannot fucking listen to it, because the perfection makes things boring, imperfect and a whole lot uninteresting. Live, it’s not perfect; that’s why it’s so fucking exciting. So why make things that are just so fucking polished? I don’t get it, especially in extreme metal music. It’s gotta be fucking weird, it’s gotta be dangerous. Where is the danger factor? So I really wanted to bring the danger factor back to our music. It was present, but maybe this is the record [where] it’s the most present ever.”

Of all the things to call other bands out for, this one’s largely innocuous. Dude just wants metal albums to sound good without sounding too clean. And that’s not too much to ask.

You can check out the rest of the interview in the clip below.

Sponsored Links from Across the Internet
Show Comments
Related Articles
News 0
Behemoth’s Nergal Thinks Kids Should Get “A Proper Job” Instead of Starting a Band
November 10th, 2022 at 3:54pm Hesher Keenan