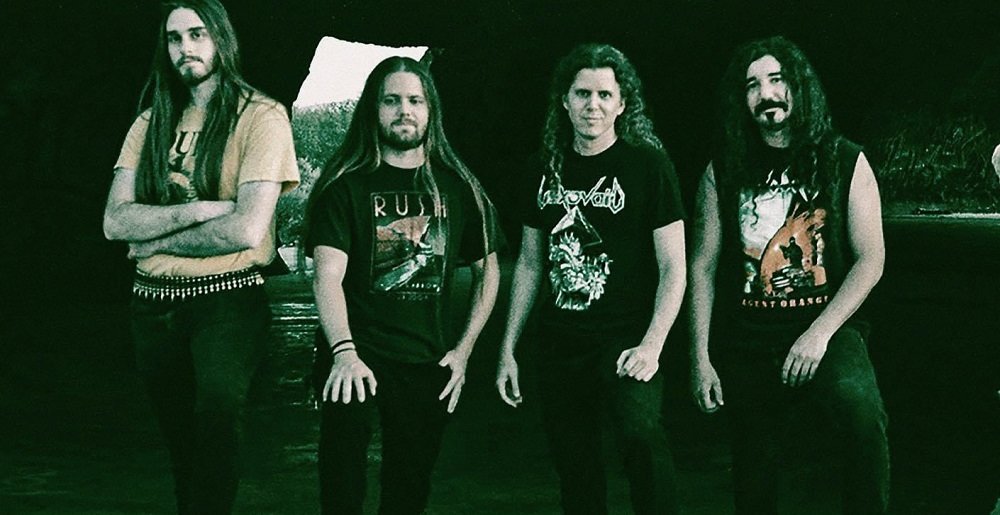 Vektor Thrown Overboard as 70,000 Tons of Metal Organizers Remove Them from the Lineup

Just a few weeks are all that stands between the metal masses and a killer cruise full of badass concerts, entertaining activities, and fun in the Caribbean, as the Freedom of the Seas sets sail to Bimini for this year’s 70,000 Tons of Metal. And while a number of bands like Freedom Call, God Dethroned, Iron Savior, Vreid, and Cryptosis were added to the already long list of bands participating in this year’s cruise over the holidays, organizers took to Twitter today to announce that Vektor will not be part of the festivities.

For those that don’t remember, Vektor is a progressive thrash band that’s had a hard time getting back on its feet after frontman David DiSanto faced public accusations – and video emerged – of alleged domestic violence a few years ago. They were briefly signed to Century Media earlier this year, only to be dropped from the label roughly 24 hours later following a swift and harsh bout of online outrage over the decision.

Back in September, DiSanto tried to clear the air regarding the alleged domestic dispute that took place between him and his now ex-wife Katy in early 2019 by releasing a video statement. Despite his attempt to appeal to the metal community for a second chance for himself and Vektor, it looks like the issues are going to continue.

It’s important to note that we have not heard directly from the 70,000 Tons of Metal organizers if the past domestic violence situation was the reason for Vektor’s removal. We’ve reached out to organizers for a comment and clarification behind the decision. If we get a response, we’ll update the post accordingly.

The 70,000 Tons of Metal is a specialty cruise event that will depart from Miami, Florida on January 30, head out to Bimini, The Bahamas, and then return to port on February 3. All the while, bands will perform on the ship’s deck, bars will remain open for 24 hours, and all sorts of fun activities will be available for attendees to enjoy.

Sponsored Links from Across the Internet
Show Comments
Related Articles
News 0
Vektor’s David DiSanto: “Hopefully People Will Eventually Be Able to Judge Us on Our Music”
September 28th, 2022 at 9:33am Hesher Keenan

DiSanto tries to clear the air.