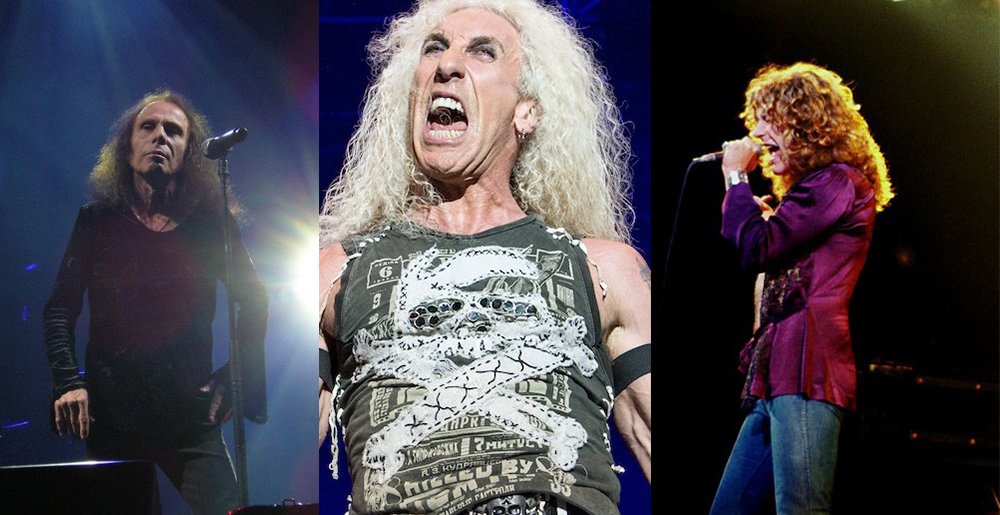 Dee Snider Argues Ronnie James Dio and Robert Plant Could Sing, But “Are Not Performers”

A discussion between what makes a singer and what makes a performer sparked a hot take from Twisted Sister frontman Dee Snider while engaged in a discussion with fans on social media.

Late last month, Snider tweeted a message commemorating what would have been Rainbow and Black Sabbath drummer Cozy Powell’s 75th birthday. In his post, he called Powell a “rock god” and urged his followers to check out the opening to the insanely classic track “Stargazer” off the 1976 album Rising. Though his point was to highlight Powell’s drumming, he also urged people to listen to the entire song and enjoy “the incomparable Ronnie Dio on vocals.”

As all things on social media tend to do, things went slightly off topic when a random follower made a comment. In this instance, the fan suggested that Dio was the second best frontman in rock history, with Queen’s Freddie Mercury taking the top spot. This prompted Snider to suggest that the words “singer” and “frontman” mean two different things.

“You are confusing singing with performing. There is a huge difference between a great frontman and a great singer. Ronnie was one of the greatest singers of all time, but as a frontman, he pretty much just stood on stage & sang. Freddie was an amazing singer AND frontman.”

When someone else spoke up, saying Robert Plant should be on the list, Snider took the slightly contrarian route, saying he’s a fan of Led Zeppelin, but didn’t think Plant stood up as a frontman.

“I’m a HUGE Plant fan vocally…but he showed me nothing as a performer. Looked amazing, great hair…stood on stage with one hand raised and sang his ass off. Not a frontman in my opinion. And FYI many great frontmen are not great singers.”

So then who does he consider great frontmen? David Lee Roth, Paul Stanley, Mick Jagger, Axl Rose… “the list goes on.”

“I knew this would upset people. I am NOT saying that Dio, Plant etc, don’t have stage presence. They have it in SPADES! But they are not performers.

“I pride myself in my abilities, but many don’t know me for it because I didn’t tour as extensively as others. If you ask me what I do best I will tell you ‘front a band.’

“I learned the importance of the performance over vocals one night in the ’70s in a club with Twisted Sister. We did our opening song and my voice was completely gone. So I just started going crazy on stage. It was the BEST reaction the band had gotten to date. Changed my game.”

At the end of the day, it certainly makes for an interesting discussion or debate. At least we all know some singers who deserve to be at least mentioned on Rolling Stones‘ Top 200 Singers list from the other day…

New Stuff 0
Two Classics from Black Sabbath’s Dio Years Are Getting the Reissue Treatment
October 4th, 2022 at 9:28am Hesher Keenan