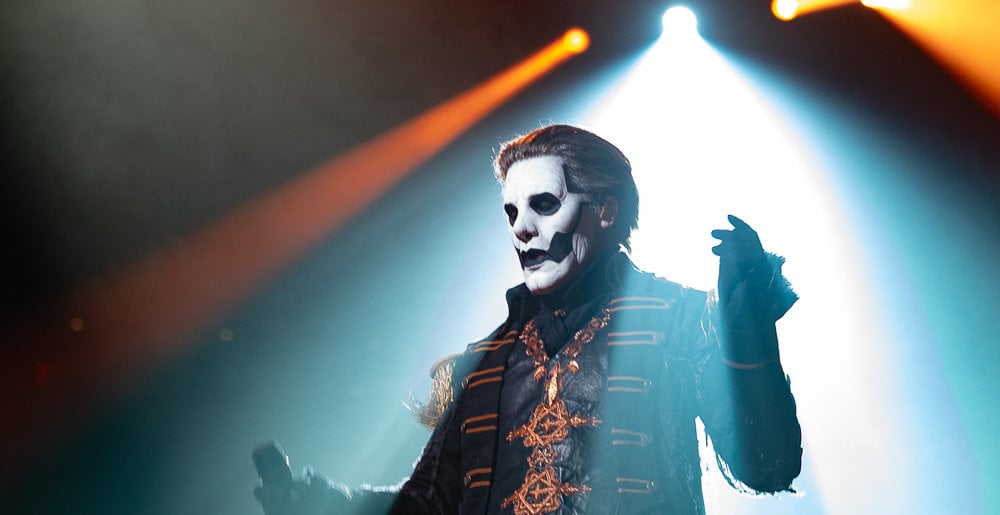 The last year has been pretty fucking good for Ghost. Love ’em or hate ’em, Impera is a bona fide banger and they were able to put on a successful tour despite the ongoing problems that other bands face when taking their show on the road.

Recently, while speaking with Metal Hammer, Tobias Forge outlined what he hopes to accomplish with Ghost in 2023 and the first answer he’s offered is an obvious one: even more tour dates.

“We’re doing a lot of touring again. On previous album cycles we’ve done four legs in America and two or three in Europe and repeated.

“We’re going to go into every territory next year, but there’s going to be one European tour, one American tour. We are going to do a little bit of everywhere. There’ll be a little bit of something up in upper Asia, on the far end there – a very well-established country with a lot of pop cultural fascination, and the home of videogames. And there’s going to be something in the Oceania world, and there might be something south of Panama, and there might be something slightly north of Panama. It feels pretty solid.”

As he is wont to do, he got a little cute with what happens after that, but we’re pretty sure we know what he’s talking about.

“We’re going to come out with a little bit of change before that — good change. We’re not going to go silent. Some things are public, other things not in public view, but there are a lot of things brewing.”