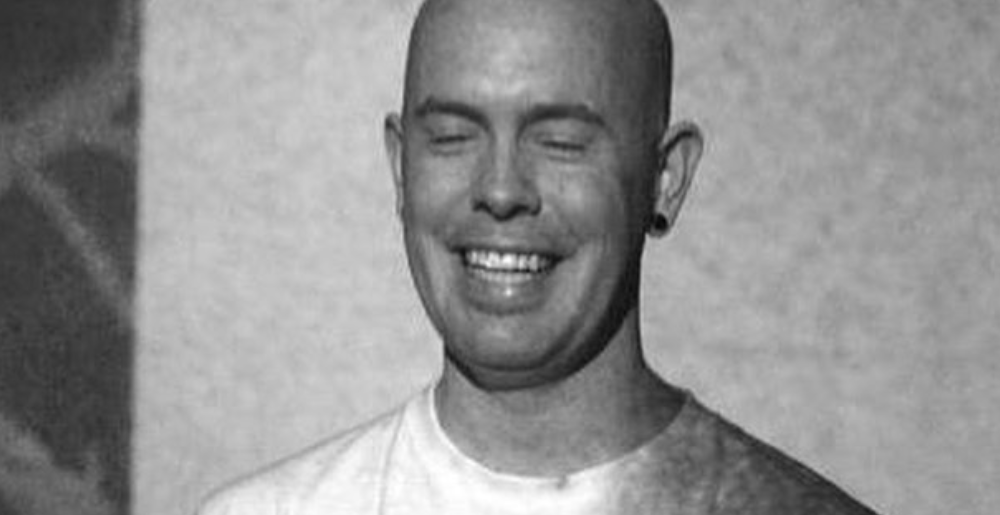 It’s sad to report that artist Justin Bartlett, often known for his work under the name Vberkvlt, passed away yesterday, January 9, after a two-year battle with stage four colorectal cancer. His sister, Ash, confirmed the news in a post on his social media accounts.

Bartlett is best know for his album artwork for acts like Cadaver, Trap Them, Dragged Into Sunlight and Hooded Menace. He was diagnosed with the stage four cancer in February 2021. Bartlett’s sister says it better than we ever could, but he was a fighter until the end and his positive social media presence was always noticeable.

“Hello, KVLT PLANET. This is Justin’s sister, Ash. With profound sadness, I’m announcing that Justin Dale Bartlett passed away peacefully in his sleep early this morning after his lengthy battle with Stage IV Colon Cancer.

“Justin spent his last few days surrounded by family, his close friends, and his angel of a girlfriend. He knew he was loved.

“I want everyone to know that he literally FOUGHT this cancer until the end. He never, EVER gave up. Just last night as I was laying next to him and rubbing his back, he told me that this sudden decline was only a set back, and that he would feel better soon.

“The last couple years were a struggle for Justin, to say the least. But… He’s finally at peace. With sincerest gratitude, I want to thank everyone who checked in on Justin, coordinated fundraisers for him, and donated funds. Memorial/funeral announcements will come soon.

“If you have fond memories of Justin, please share them in the comments. I’d love to read them. I’ll also be reposting tagged posts in his Stories.

A GoFundMe that was originally set up for the late artist’s medical expenses will now also cover his funeral expenses. You can still donate, if you are so inclined.

We at MetalSucks send our condolences to Bartlett’s loved ones. He was a one-in-a-million talent and will be missed.

He’s created artwork for Cadaver, Dragged into Sunlight, Trap Them and Hooded Menace, to name just a few.

Fear Emptiness Decibel 150
FEAR, EMPTINESS, DECIBEL: WHICH BANDS WILL BE ON THE DECIBEL TOUR?
November 30th, 2011 at 4:00pm MetalSucks

Before there were blogs there were these things called magazines, […]

One of the most prolific artists in the metal scene […]