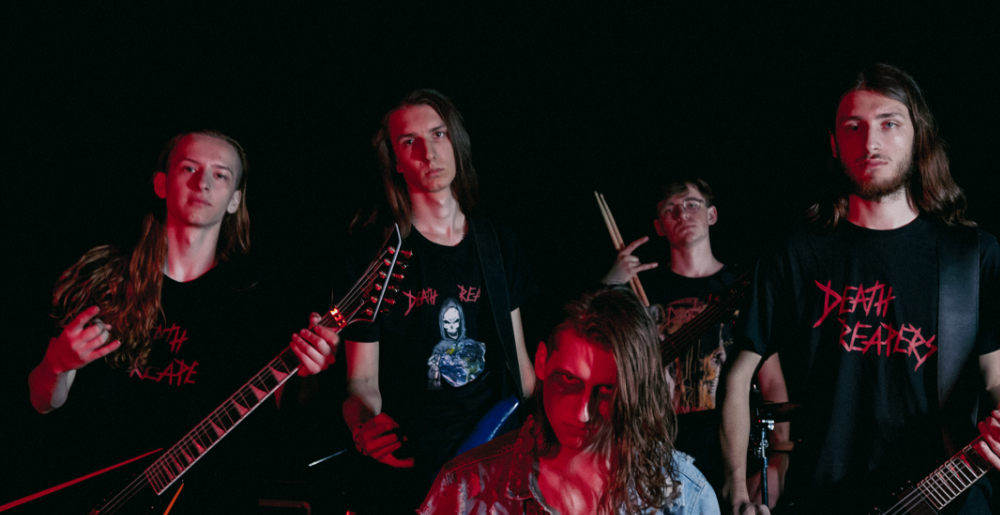 Every once in a while we get sent some killer new music from a band we haven’t heard of before. Such is the case with this fresh melodic thrash/death metal band out of Poland, Death Reapers.

With their second EP, The New Beginning, coming out on February 3, the quintet of metalheads no older than 20 years old released the title track and accompanying music video earlier today.

What you’ll get when you hit play below is a ripper of a track that combines elements from decades past and pulls it forward to the modern era. Vocalist Konrad Kropidłowski thunders over the music as guitarists Hubert Potomski and Kamil Winter shred your face off. Even the rhythm section in bassist Filip Kudliński and drummer Mateusz Ratajczak provide an unrelenting backdrop to this surprising breath of fresh air.

According to the band, the music video had a specific concept that director Jakub “SMVRF” Stefański helped bring to light.

“The idea for the music video was ours and Jakub “SMVRF” Stefański took care of the direction and recording. The concert scenes were recorded at our harvest festival concert and the evening shots were recorded on the outskirts of Przytoczna. We recorded the concert scenes during the day and then immediately took the equipment and went to other locations to record the night scenes. Before sunset, we set up the equipment. As soon as it got dark, we started recording, and because of the loud concerts at the local festival, it did not attract the attention of people from the nearby residential area. After finishing the shots of the whole band and solo shots, we went to the last location where we recorded the plot scenes. We did this so that the music video would have more life and spirit. The whole plot is based on the road that everyone had to go through to meet all together in one place and create ‘The New Beginning’.”

So yeah, man. Check ’em out below. If this is what the next generation of thrash and death metal have in store for us old heads, then maybe the kids are alright after all.