Metal Sucks
Metal Sucks Terrorizer Call It Quits So Pete Sandoval Can Focus on I Am... Listen to a Previously-Unheard Motörhead Song
- Tweet SHARE
Enlarge
News 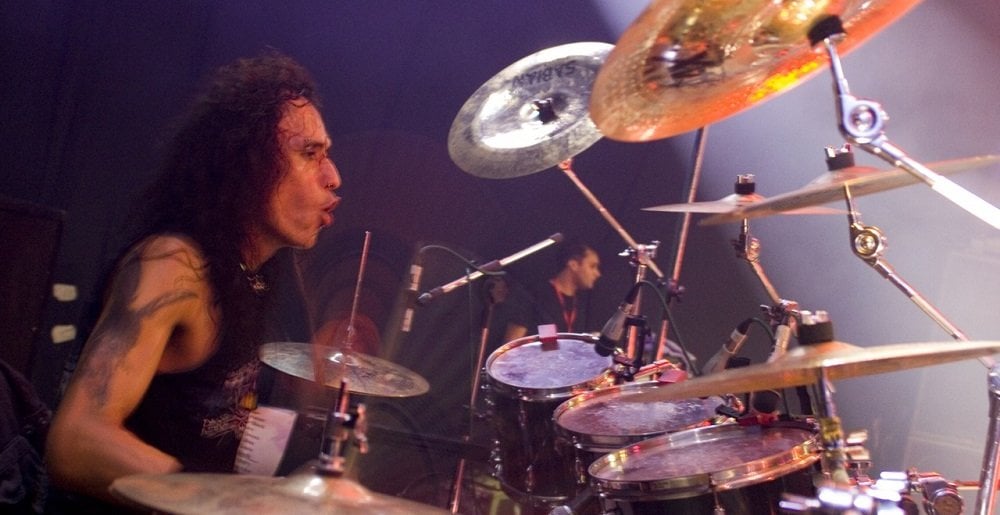 Grindcore/death metal legends Terrorizer are once again hanging it up, putting an end to the band’s longest run as an active act since its inception in the ’80s.

According to a social media post from drummer Pete Sandoval, the band’s coming to an end so he can focus on both his personal life and his new post-Morbid Angel band, I Am Morbid.

“Important announcement to those who are asking about any news from Terrorizer. Guys, due to the lack of time , my busy schedule with my personal life and I Am Morbid, I have no time to work with Terrorizer anymore which means there will be no Terrorizer material, it’s over. With that being said I can tell you that the new I Am Morbid stuff will be AWSOME, WE’LL KILL ASSES.

“See you in the upcoming I Am Morbid festivals, shows, and such. Thank you so much for your long and endless support.”

As fans already know, Terrorizer’s been through the “we’re over” schtick before. Previously, the band was active from 1987 to 1989 before reforming again in 2005 until 2006. The band didn’t return until 2009, at which point they remained active for the next 14 years.

During that time, the band released two full-length albums (Hordes of Zombies and Caustic Attack) and a couple of live releases. The band ended their run with four total full-length studio efforts under their belt.

As of now, I Am Morbid is comprised of ex-Morbid Angel members Pete Sandoval and bassist/vocalist David Vincent. Guitarists Bill Hudson and Richie Brown round out the rest of the roster.

Sponsored Links from Across the Internet
Show Comments
Related Articles
Tour de Force 0
Morbid Angel to Tour with Revocation and Other Acts for “United States of Terror Tour”
November 2nd, 2022 at 11:36am Hesher Keenan

Tour de Force 0
Deicide and I Am Morbid to Headline Dortmund Deathfest
October 22nd, 2022 at 11:12am Mandy Scythe