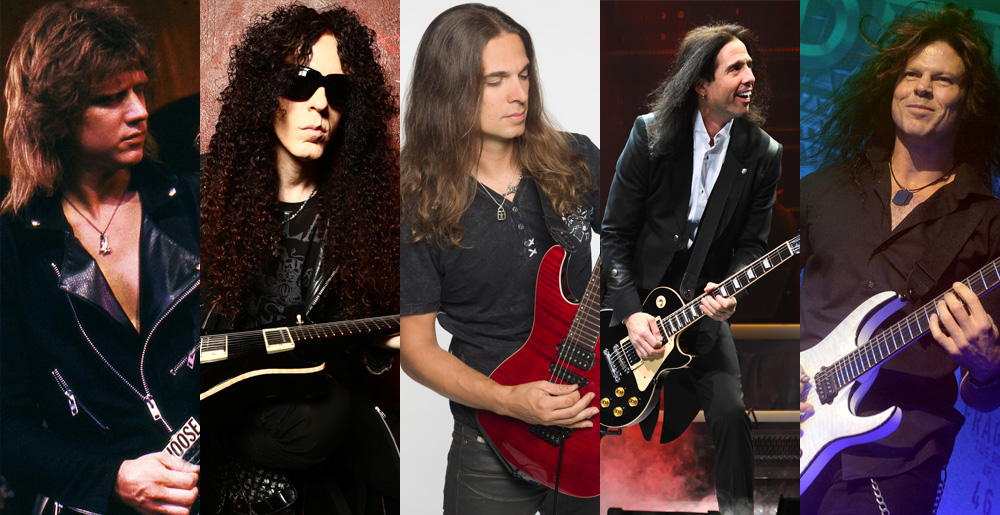 Like his old pal Lars Ulrich, Dave Mustaine has no problem stating an opinion that evidence suggests he doesn’t mean, and he has no problem throwing his past work under the bus if it helps to promote his new work. It’s incredibly irritating, because not only does it feel disingenuous, but it means you really can’t believe anything Mustaine says.

For example: just three months ago, when he was apparently courting guitarist Marty Friedman and drummer Nick Menza to return to the band, Mustaine said this:

“[We had] James Lomenzo, James MacDonough, Glen Drover, Shawn Drover, Chris Broderick… all those guys… the fans don’t want those guys in Megadeth.”

But now that he’s failed to actually persuade Friedman or Menza to return to the band, he’s ignoring that statement and just insulting all of the brilliant musicians he’s worked with over the years instead:

Whether or not Loureiro is the “best” guitarist the band has ever had is (obviously) a matter of opinion… but it’s difficult to believe that Mustaine even believes his bold assertion: Metal Injection, rather hilariously, has pointed out that Mustaine tweeted a nearly identical message when the band was recording the disastrous Super Collider in 2013.

Chris has finished Super Collider …all I can say is he is without a doubt the best guitarist I’ve ever played with. @Chris_Broderick — Dave Mustaine (@DaveMustaine) March 7, 2013

Time will tell where Loureiro falls on the spectrum on beloved Megadeth guitarists — is he the next Marty Friedman, or the next Al Pitrelli, or the next someone in-between? But you don’t need a time machine to know this much: if/when he leaves the band, his successor will, no doubt, be the best guitarist Megadeth has ever had.

Sponsored Links from Across the Internet
Show Comments
Related Articles
New Stuff 0
Megadeth Tell the World to “Soldier On!” with New Song and Video
August 12th, 2022 at 9:40am Hesher Keenan

Oh hey, another Megadeth song about the military? Whodathunkit?!

Everyone's Replaceable 0
David Ellefson on Megadeth Firing: “You Find Out Who Your Friends Are”
August 11th, 2022 at 12:35pm Vinnie Bellissimo

He says music has its ebbs and flows.

Metal Sucks Greatest Hits
1570 -
Frankie Palmeri’s Track By Track Breakdown of the New Emmure Album: A Track By Track Breakdown
0 -
Nothing to See Here, Just Some Photos of Cats Wearing Metal Battle Vests
0 -
Who are teh “BIG FOUR SCENE BANDS”????
0 -
L.A. Band Threatin Faked a Fanbase To Land a European Tour No One Attended
710 -
Metta Mind Journal with Cynic’s Paul Masvidal: Hair Identity and Being Yourself
0 -
It’s Time to Stop Thinking of Women in Metal as WOMEN in Metal